August 22, 2017
OK people, it's time to get real and actually do some reading and research, instead of just passing around articles that are so blatantly false! The latest one to come across my desk from Facebook is: The Healing Benefits of 528 Hz & Other Solfeggio Frequencies. Follow the link and take a minute to read through this article.


“I don't really care if it's true or not, it's just fun and interesting.  I'm sure you'll feel the same.” 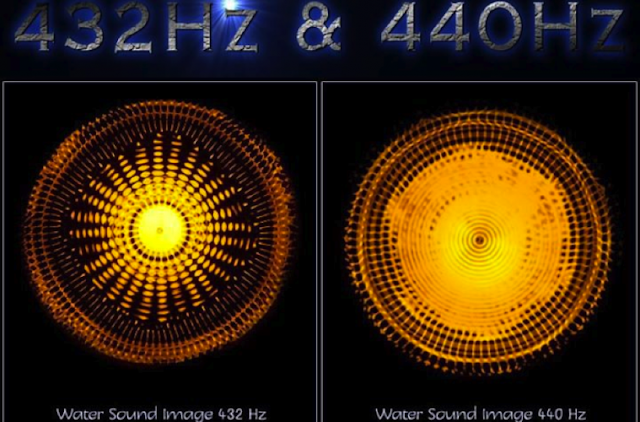 Can 432Hz save the world? (photo from: Forever Conscious)

Let's get real here. As a professional musician, I care about whether something like this is “true or not.” I also don't find bogus information masquerading as science “fun.” Let's look at some of the “fun” ideas this article presents:

Take some time to Google 432Hz and 528Hz. You'll find an amazing amount of bogus articles steeped in woo woo and false science.

Now, did you notice one big, glaring problem with this article? Everything it talks about comes from a Western point of view! While it did mention the Hindu Chakra system, it never delves into the music, scales, or tunings of India, or China, or the rest of Asia, or the vast expanse of Russia, or South America, or any non-Western/European countries.

When you take a look at, and study, the music of these other cultures, you will find some very different ways of thinking about music, scales, and tunings. Sure there are some similarities, but the majority of the musical theory is very different from the Western ideas that came out of Pythagorus, Bach, and Mozart.

It is only in the past 50-100 years that we have seen these other cultures adopting and adapting Western musical ideas, because of things like globalization and the internet. For example, we can find modern, Western style orchestras in China made up of Chinese musicians, playing Western classical music. But we can also find Asian Gamelan orchestras in the USA, made up of everyday Americans, playing traditional Balinese Gamelan music. So this cross fertilization goes both ways.

What can you do about this? The main thing is when you find and read an article like the one linked above, don't spread it around! Don't jump on Facebook, or other social media, and post it. The sooner we stop doing this, the sooner these type of false ideas will fade away.