Showing posts from April, 2016
Show all

This Business of Cultural Appropriation. 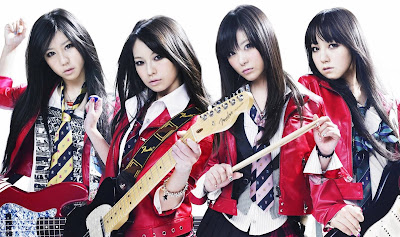 Cultural Appropriation . This has become a hot topic as of late. I've read various articles by natives from different cultures about how people are “stealing their culture,” especially in the Yoga/spiritual community, a place where I—and I'm sure a lot of you readers—work.  appropriation  | əˌprōprēˈāSHən |  noun 1  the  action   of   taking  something for one's own use, typically without the owner's  permission :  the appropriation of parish funds . The big question is, who owns culture?   In today's internet connected global village, this becomes an increasingly difficult question to answer. I recently read an article by an Indian woman about her experiences of going to a Yoga studio here in America. She was appalled by how many white, suburban people used things from here native culture without really knowing what they meant. This was especially true of the now generic use of  namaste  by everyone. She went on to write about this and other things, like dres
1 comment
Read more

The Permanence of Impermanence This is a sort of companion piece to my last post,  What I'm Thinking: Towards A Unified Sound Theory .  In that, I wrote about how things have changed over the course of my career. I feel it's important for all of us to embrace the idea of impermanence . Impermanence is one of the essential doctrines or three marks of existence in Buddhism. The term expresses the Buddhist notion that all of conditioned existence, without exception, is transient, or in a constant state of flux. One only needs to look back over history to see how much beliefs, and things once held as true, change. Superstitions give way to knowledge and rational thought. Mysteries are explained. And so on. In our lives, as we grow older, things we once liked or cherished, often fade away to be replaced by newer things. A person in their 40s will certainly have different wants/needs/beliefs than when they were a teenager. Society as a whole has experienced massive change in the past 50 to 100 years. Techno
Post a Comment
Read more

What I'm Thinking: Towards A Unified Sound Theory 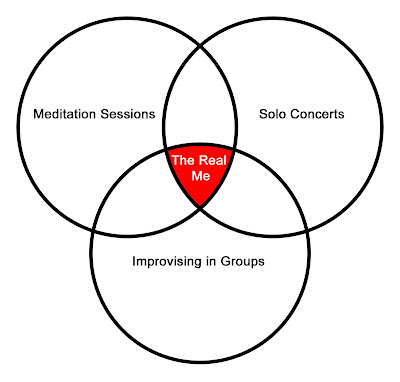 I've played drums & percussion for over 40 years. It's been a long ride through a lot of different musical territory. While playing drum set was my main focus for much of that time, and it's something I still do, for the past 15 years Gongs/Bowls/Bells and other metal percussion are what really get me going. There's something about the sounds, the vibrations that I find fulfilling. I love playing them. When I do, I'm transported to another realm. I'll gladly play them anytime, anywhere, and for anything.  I generally do 3 things: Play meditation sessions  Play solo concerts Play in ad hoc improvising groups  And over the years, they have all become the same thing for me. I used to distinguish between them, “Now I'm playing a meditation,” or, “Now I'm performing a concert.” But the lines have blurred, as I realized that they all come from the same source. They are all me. I am all of them. And the way I approach my playing has c
Post a Comment
Read more 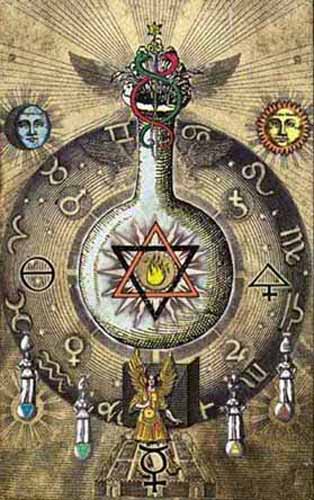 I don't think there's anything more important than staying true to yourself and your beliefs. I'm always suspect of people who seem to change their beliefs to fit a given situation, especially to get more work. Just one look at the current American political scene will show you many such people who profess one belief, then change it when they think it's advantageous. The same holds true for Gongs/Bowls/Bells and Sound Healing/Therapy/Meditation. For better or worse, I hold true to my beliefs. I allow for people to believe whatever they want, but I see no point in changing, or downplaying, my beliefs in order to cater to some other situation. As I wrote in my last posting, I'm not that much into WooWoo or various spiritual conventions. That's not to say that I'm not spiritual , as I am. I've investigated a lot of paths and read hundreds of books on spiritual ways. I've belonged to various organizations over the years (I was a long time member of the
2 comments
Read more
More posts