Working With The Elemental Energies


My last blog post (Following Your Own Tuning) addressed my own feelings and theories on Planetary Tunings and using Western tunings on the Ancient Chakra system. I expressed that I don't really follow those ideas and work more from an intuitive system. But beyond that, there are some ideas I feel more aligned with.

Besides using my intuition, I base much of what I do off of the Ancient ideas of Elemental Energy. Variations on the belief & use of 4 or 5 Elemental Energies can be found in many cultures. 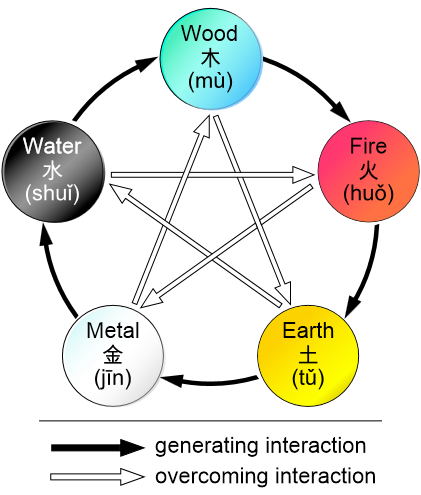 In his Tetrasomia, or Doctrine of the Four Elements, fifth century B.C. Greek philosopher, scientist and healer, Empedocles, described how all matter is comprised of four "roots" or elements: Earth, Air, Fire, and Water, with these 'roots' interacting with each other. The philosopher Aristotle, later added a fifth element, aithêr (ether), which was what the Heavens were made of. Thus while the Four Elements were thought to be Earthly, the Fifth Element was Heavenly.

The Buddhist Elements are also Earth, Air, Fire and Water, with a Fifth Element of Akasa, which translates to 'void' or 'emptiness' (relating to the Buddhist state of meditation/non-being).

The classic Chinese & Japanese Elements are Wood, Fire, Earth, Metal and Water, with Earth seen as the center, surrounded by the other Four. The word 'Element' here is more accurately termed as 'transformation' or 'mode', as these elements interact with each other in ongoing cycles. These are also the 5 Ayurvedic Elements.

The Chakra system is made up of Seven Chakras, or energy vortices: four lower - Root, Sacral, Solar Plexus, and Heart; and three upper - Throat, Brow, and Crown, with energy moving up and down through them. These align with the classical idea of Five Elements, with the four lower Chakras being the Earth elements and the three upper Chakras combined as the fifth Spiritual Element:

As we can see, this idea of 4/5 elements is found in various different cultures around the world. These might be said to be archetypes of a model for how the Universe works.

In addition, the 4 main Archangels of Christianity/Islam/Judaism, and various other traditions, also correspond with the 4 main elements and exhibit traits of each:

As I wrote in the previous blog, I see all things as being fluid, so I don't hold hard and fast to the idea of "This Gong is this element, so it only works for this problem." I use the idea of the 5 elements more as a visual system to give a foundation to what I do. In visualizing the Elements, I have something to relate to how I work with the Gongs/Bowls/Bells, rather than just a haphazard "I just sort of play them" idea. By thinking of things Elementally, I can work with various modalities and harmonic ideas that I have developed. For example: to me, combining a Fire Gong with a Water Gong creates a very different result than combining an Earth Gong with a Water Gong. The same thing with combining Bowls & Gongs, or Bells & Gongs.

I personally like the idea of working with the Elemental Energies more than working with the Planetary Tunings. Is one way better than the other? I don't think so. I think it's most important to find some sort of system or way to relate to the sounds/frequencies that you work with, and then build from there. I'm very clare sentient, meaning that I sense things in feelings, both physical and emotional. I'm also a very visual person, so I relate to experiencing the Elements as both physical and visual sensations. It makes sense to me.

You may relate to things in a very different way, and that's fine. What us important is for each of us to find a way/system to relate to, and use, the sounds that we generate with our instruments. And from that, being able to know what you are doing, being able to reproduce something, and finally, being able to bring something positive to the people you are working with.

What are your systems/ideas that you work with?