June 14, 2014
It was only recently that I experienced my first Gong Meditation as a participant. For all these years, I've purposely avoided attending other people's sessions, because I didn't want to be consciously, or unconsciously, influenced by how someone else plays their Gongs, as I've always been more into following my own path.

The session I attended was by my good friend Kenny Kolter. He was back visiting the Chicago area and playing a series of sessions. I hadn't seen him in too long, so we met up for dinner and had a fantastic conversation. Then I attended his Gong Meditation. But I do have history with Kenny. We both played a number of dates a few years back as part of the Vibrational Sound Trio (VST) with a wonderful crystal bowl player and singer, Marian McNair. So I know how Kenny plays, what he sounds like. Still it was interesting to be on the other side of things experiencing the vibrations from a passive, instead of active, role. 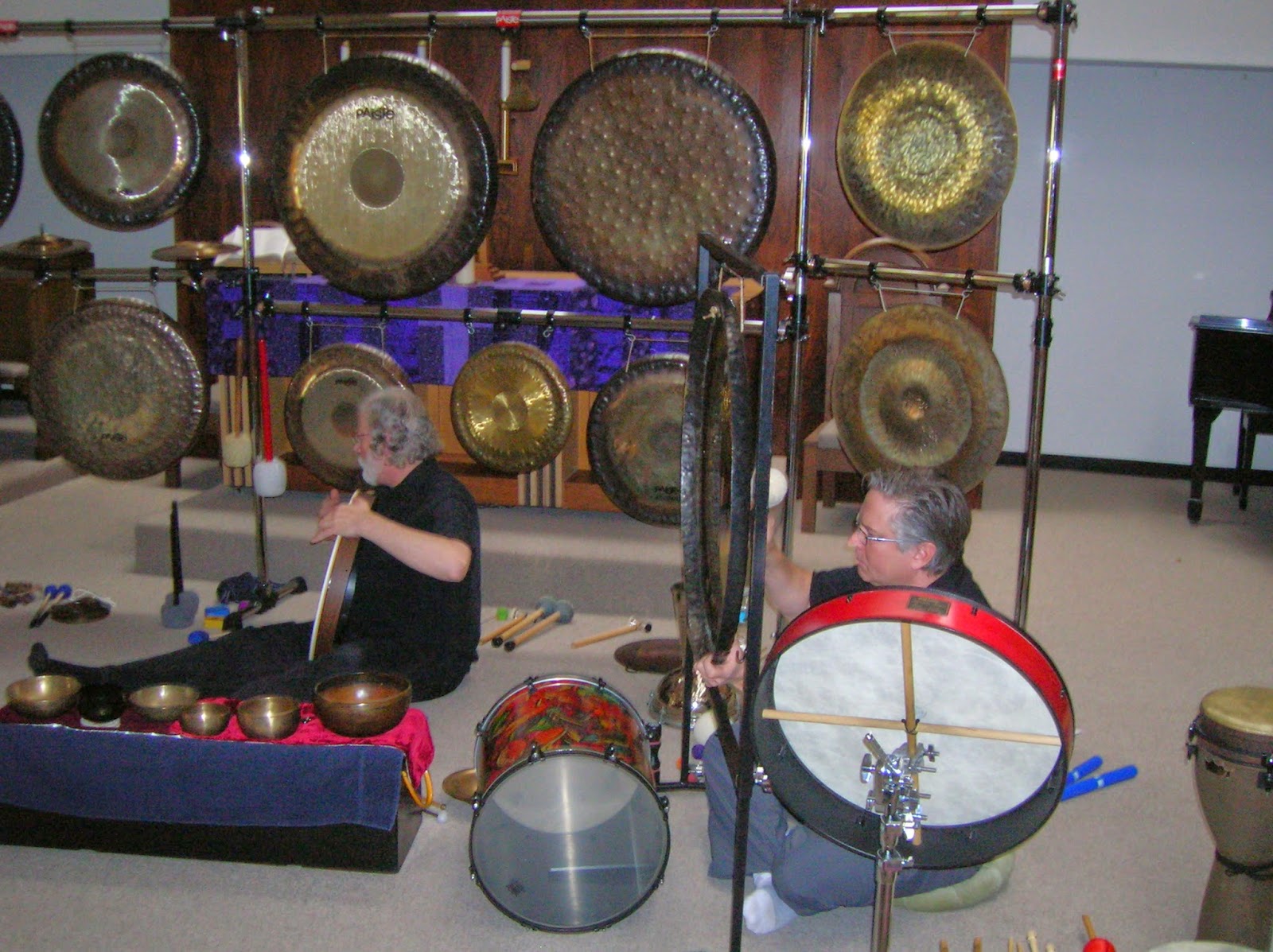 Kenny & I in the VST days

To paraphrase the great Ed Mann, "Let the Gong be your teacher."


This became even more important when I became involved in using Gongs for meditation and sound therapy. I happen to be a highly intuitive person and everything I do is based on intuition. So while I have talked to many Gong players over the years, and read whatever I could get my hands on, I still avoided actually seeing other Gong Meditation sessions. I've been familiar with both Don Conreaux and Yogi Bahjan for about 20 years, having seen videos of both Don and the Kundalini style of playing taught by Yogi Bahjan. But by that time I had developed my own thing, and their styles were (and still are) both so different from what I do that I didn't feel a need to borrow anything.

I also teach about Gongs, presenting both master classes and workshops, but I always preface my teaching by saying that, "my job is to help you find your own way, your own path with the Gong." I have no interest in creating copies of myself. What I teach covers the mechanics of playing, various theories of sound & vibrations, and how to find your own way.

I'm a firm believer in finding your own voice.


Lately, I've had some friends point me to various Gong videos on YouTube. I was fascinated to find some other players, in different parts of the world, doing things very similar to what I do. It's interesting to see these parallel paths, as we've had no contact, so no chance to influence each other. It helps confirm that we are all connected on some mystical level.

I realize that each of us must follow our own path, for some, that may mean copying others, for the rest, it will mean finding your own voice and way through the vibrations. Be true to yourself. Be true to whatever calls you.