A Meeting of Minds & Metal: Don Conreaux and I

November 24, 2014
After following his exploits for the past 20 or so years, and reading probably every word he has written on Gongs and Holistic Resonance, I finally had the chance to meet Gongmaster Don Conreaux this weekend. Not only that, but I was able to play with his Mysterious Tremendum in both Milwaukee and Chicago. It was a meeting of minds, metal, and differing philosophies. 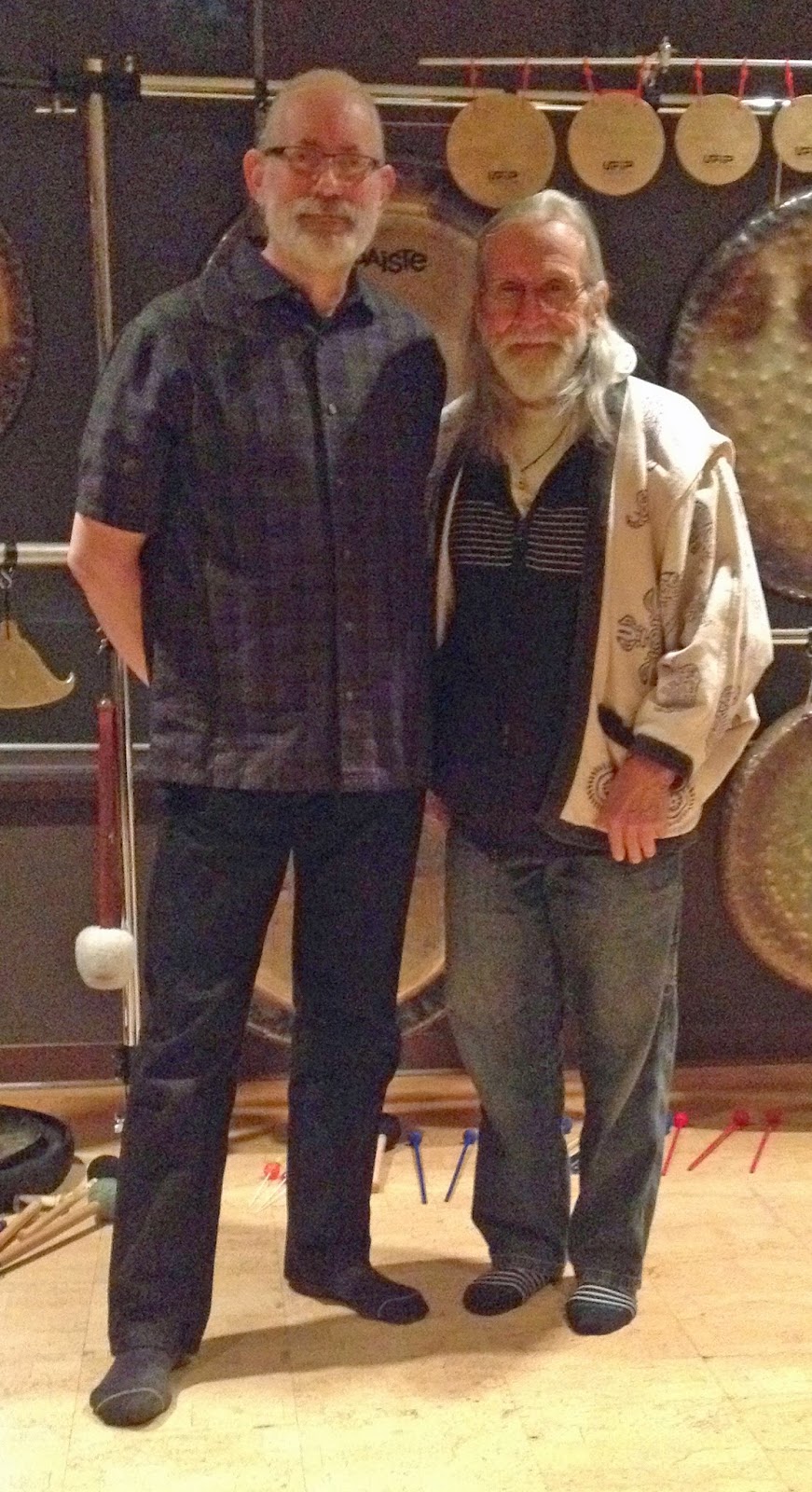 I was contacted months ago about possibly hosting an event here in Milwaukee. Since Don is now 80 years old, I felt like it was necessary to be a part of this. I first encountered Don somewhere around 1985 when I was doing research on Gongs. I probably found him on the internet during its early days. I remember reading his theories on sound, and ordering some of his CDs and a video tape that was from a cable access TV show in NYC (do you remember all those old cable access shows?). I found him to be an interesting character. We exchanged a few e-mails and I kept up to date with his activities. Coming from a percussionist background, I felt more aligned with Frank Perry in England, as far as philosophy and techniques. But I really respected Don's approach and the amazing work he has done.

So last Friday I finally met him. I found him to be a very warm and gentle person, soft spoken, yet carrying a strong aura of purpose. He's been doing this for so long that he really has developed a systematic approach to things. I felt that my purpose was to support whatever he was doing, trying not to impose too much of my own thing. So I spent a lot of time listening to both him, and his musical partner, Surana. They have this down like a well rehearsed show. I looked for cracks and holes to fill with sound, and various places to add different voices and textures. I was a bit tentative at first, just trying to get a feel for their rhythm, their flow. As things went on, I interjected more. At one point Don came over to me saying, “You can play louder.” Not knowing their routine, and most of the time having my back to them, I didn't want to play so loudly that I couldn't hear them and know what was going on. After a while, I went behind the Gong rack so I could peer out between the Gongs and see what was happening. 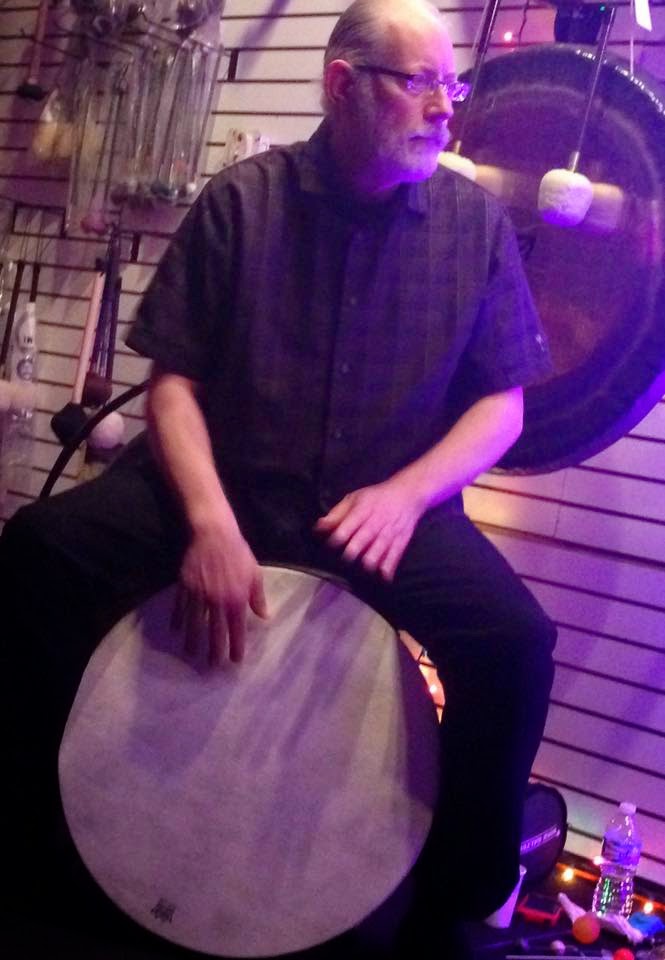 I think this is important. I have my own thing that I am very strong with, but it wasn't my gig, so I didn't want to just impose my thing upon it. I was a guest, so I tried to act accordingly and go along with the flow as well as possible. This is like going into someone else's house and not putting your feet up on the furniture like you might do at home.

So Friday ended and I felt pretty good about the results. Now Saturday was different is so many ways. To start, the session was held at Andy's Music in Chicago in their Gong room. So their were a lot of different instruments to play. All I brought with me were my mallets, my Sun Trigon, a Bon Po Shang, and a frame drum. So part of the change was all different Gongs with all different voices and response. Yes, this makes a difference to me and the way I work. While I work intuitively, I also work from a more percussionist method, thinking about sounds/tones and their relationships, thinking about rhythms and their relationships, and looking at the big picture of how what I'm doing, and what the others are doing, fits together in a congruent whole.

Another part was that Don pulled out a different program, so I couldn't just build upon what I had done yesterday. This was new territory again. But I have played a number of concerts, and given workshops at Andy's, so it felt like my home turf. Fortunately the site lines were better, with Don and I next to each other. As he remained seated for most of the session, I was able to watch him and make eye contact in order to communicate things as they went along. Since I had a better idea of how he works, I felt freer to play more my thing, because I knew how it would fit. So once we got going, I followed along but worked more from a percussionist perspective. I paid a lot of attention to both tones and timing. In many ways I played the same as I would in a free improv setting.

I played stronger and really tried to bring different tone colors out as a counter balance to what Surana was playing. There were times when I just played a bell, or my frame drum to provide more of a driving rhythm. Above all, I was always listening.

We ended up doing 2 sessions. The second one I played mostly frame drum, driving a strong pulse for things to ride upon. Alex Duvel, the manager of Andy's, who had been playing sitar along with the first session, also joined in on a drum, as did Gene from Don's touring entourage. So we ended up with a great drum circle sort of session with chanting and sruti box on top. Intense waves of sound and rhythm poured forth. When it was over, everyone was vibrated to the max. The place was full of energy. A great night had spilled forth in the Gong room.

I wish there had been a few more days of performances, as I know things would have come together even more. I could see possibilities. Still, I am grateful for the opportunity to play these 2 nights and share the vibrations with someone like Don.