January 26, 2015
My last blog post seems to have vibrated with a lot of different people. I received some lovely responses, as well as further questions. Please note that these 2 posts are mainly written for the person who obtains a Gong for personal sound work and perhaps has no previous musical experience or training. So let's look at a few other ideas here today.

Why do I do that?

I've had some people question the way I play the Gongs, “You really should never hit the Gong in the center,”or, “You shouldn't play on the edge (of a Paiste Gong) because you could damage it.” To that I bring up:

There is no Gong Bible or ancient codex with all the rules for playing Gongs written in it. Unless you have some sort of spiritual tenet that says, “Don't play the center of the Gong,” then I see no reason not to! As a trained percussionist, I'm always interested in the sounds that can be yielded up by the Gong. The center creates a very unique bell-like tone. It is the main note/frequency of the Gong without all/most harmonics and overtones. I find it very useful. A big Gong, played in the center with a big padded mallet, creates a wonderful, clear note. I find it beautiful for quieting the mind and body. It is a restful, peaceful sound. It is the OM of the Gong itself.

I think it's important to experiment with playing all over the Gong to find what sounds are useful to you. And useful is the key word here. Perhaps you won't find the sound of playing the center to be useful, and that is fine. Then don't do it. But If you do, play away! 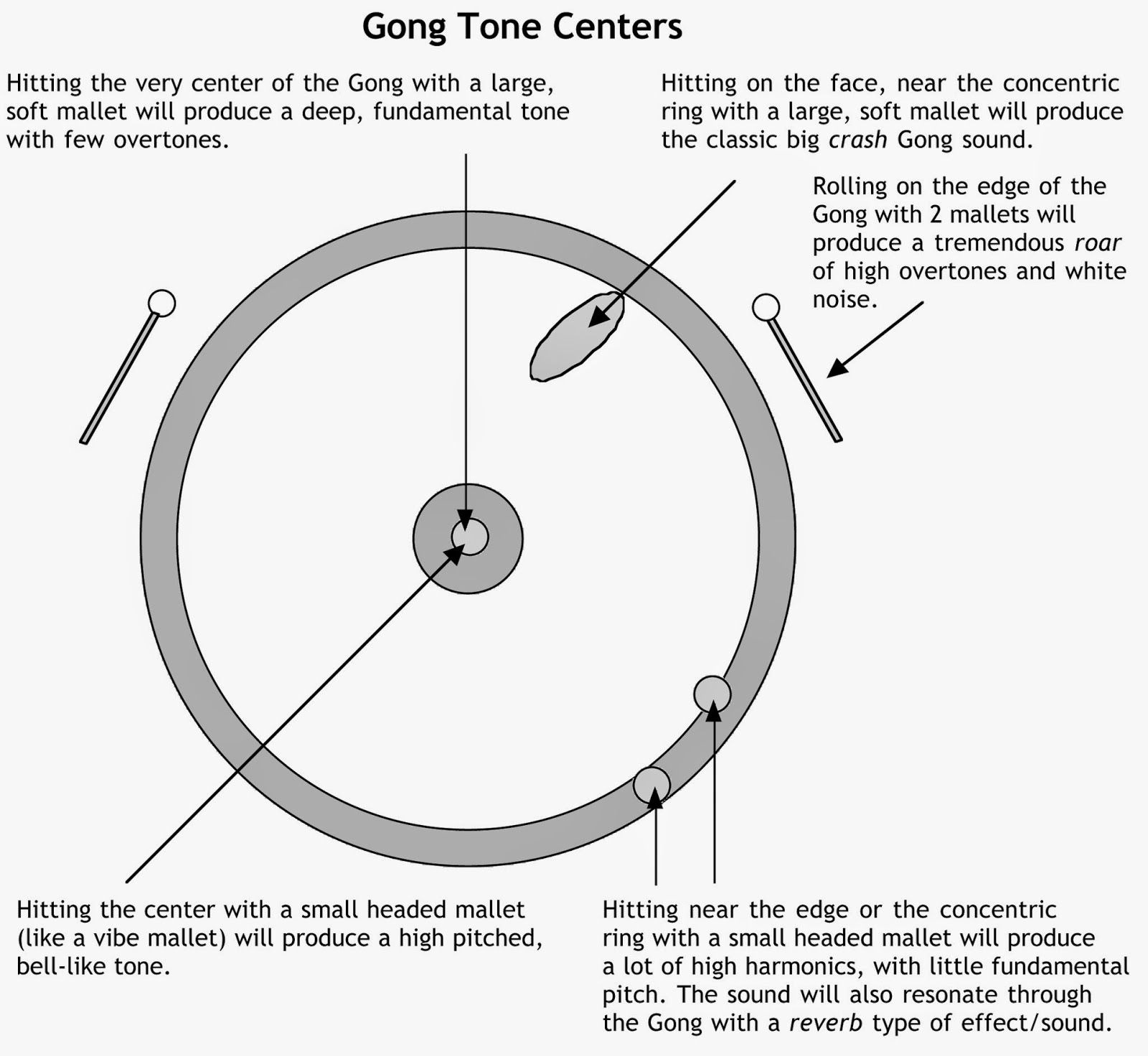 Some of the best advice I can give anyone is, “Change your mallet, change your sound.” I always carry a wide array of mallets and strikers with me. I may not use some of them, because the sound they make might not fit into how I'm feeling at that time. But I like to have options. As a general rule: a large padded mallet will produce a large, full sound, that is soft in character. While a small, hard mallet will produce a small, bright sound that is more brittle in character. 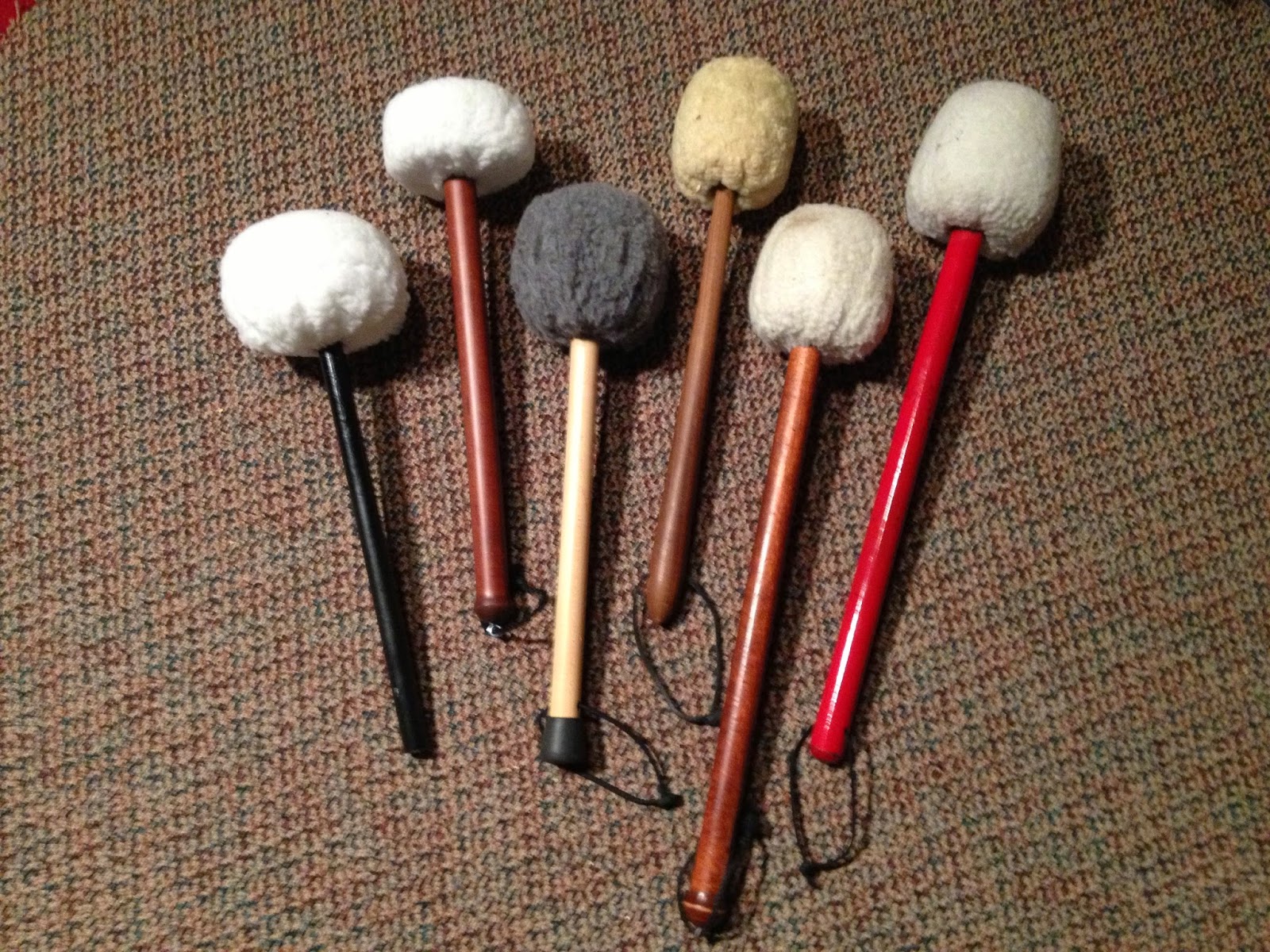 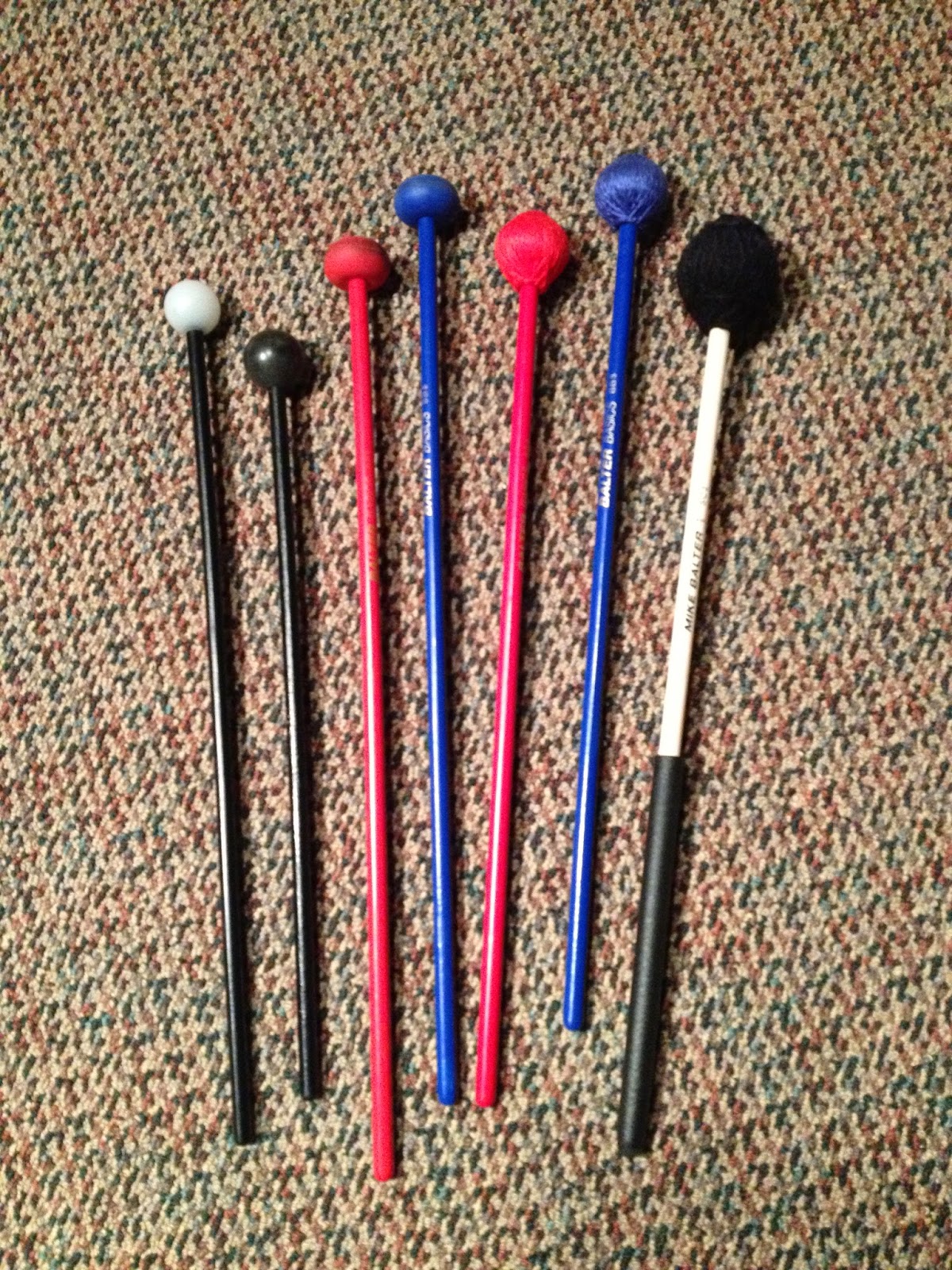 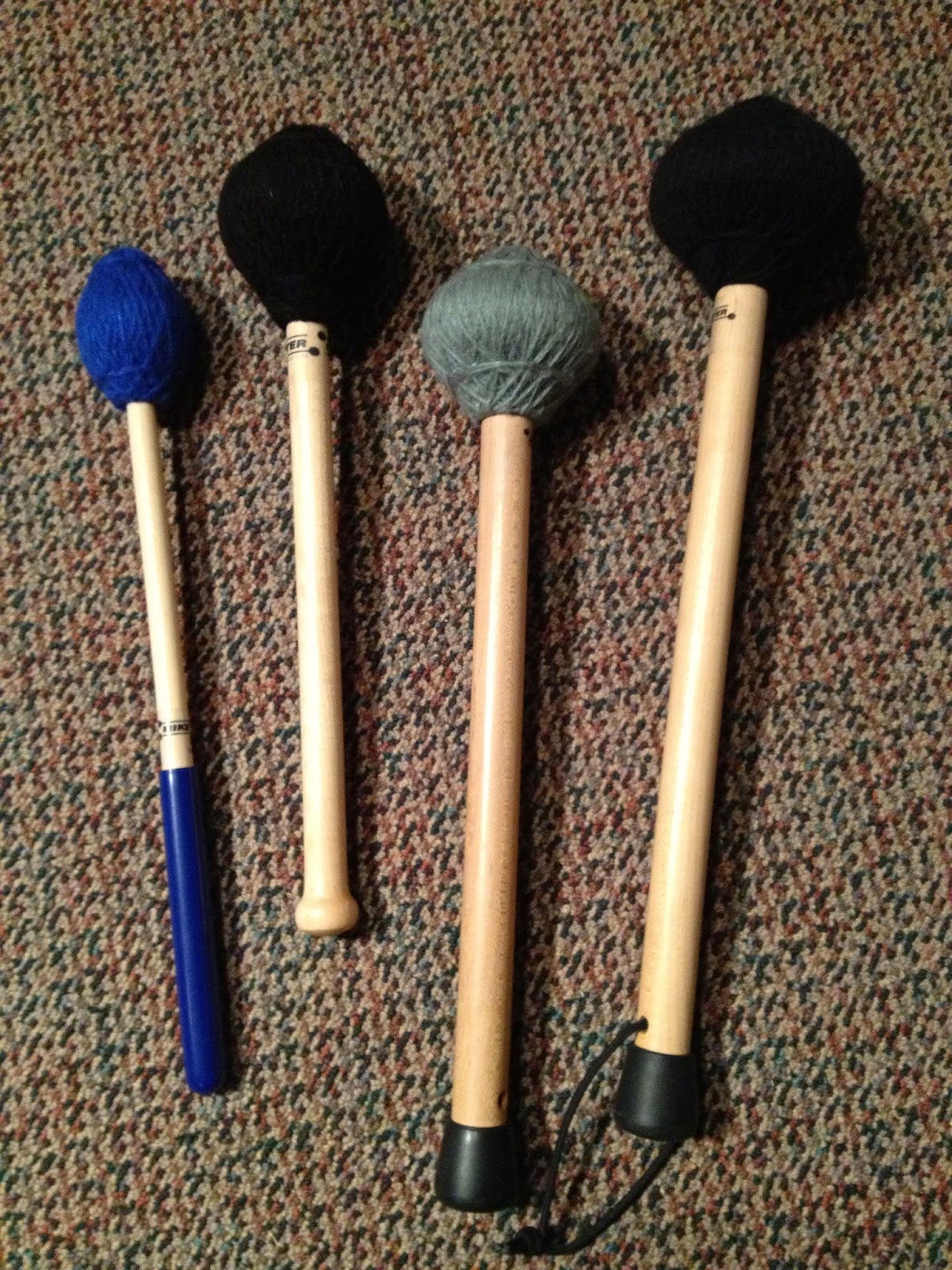 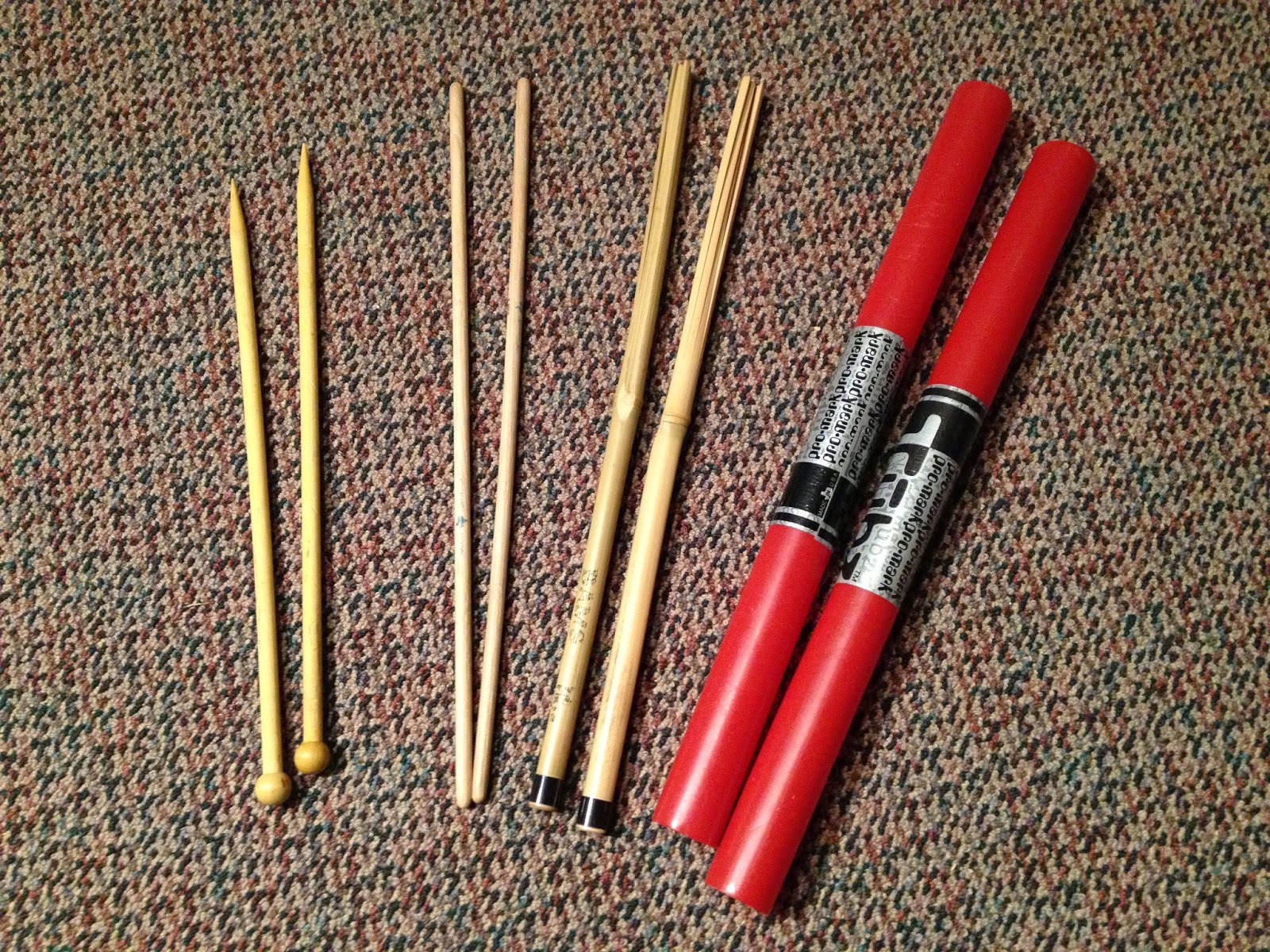 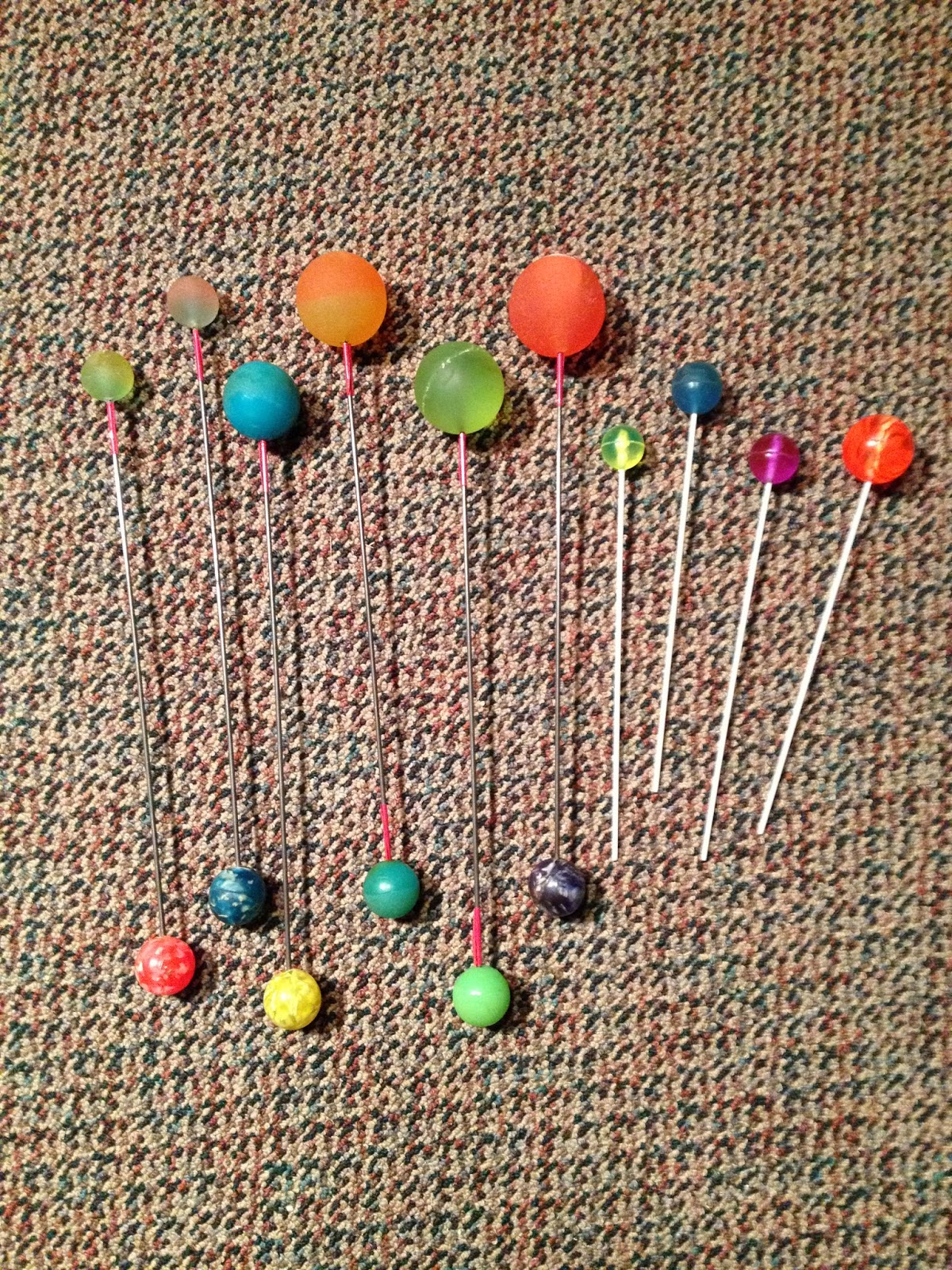 This is just a sample of some of the mallets I will bring with me to a performance or meditation session. For me, if I hear a sound in my head, I want to be able to recreate it. And because I've put in years of practice and work on creating sounds, I can usually pull out the sounds I need/want at any given time. But you have to do your homework.