Sound Is The Medicine Of Forever

May 17, 2016
“Sound is the medicine of the future,” is a quote once assigned to the legendary sleeping psychic, Edgar Cayce. You can find this all over the internet, especially on websites dealing with sound therapy/healing. Through the tireless research of Mitch Nur, who contacted the Cayce Foundation, this has been disproved to have come from Cayce, but the original source has yet to be discovered. Perhaps, like much on the internet, it is just a slogan invented by someone and assigned to Cayce in order to make it appear more legitimate. You know, if you write something and say it's a quote from a famous person, it must be true. 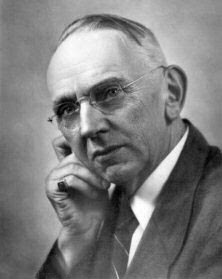 Edgar Cayce: I never said that.

But beyond the supposed Cayce connection, let us look at the idea behind the quote:


Sound/music/vibration, is the medicine of the future.

Sound, throughout recorded history, and perhaps since the beginning of humanity, has been used to change our mood/consciousness. Think of how you put on your favorite music to make you feel better. Isn't that a type of medicine? Think of all those old blues guys: why did they sing and play the blues? To make themselves feel better about something bad that had happened to them. Think of patriotic songs, they are played to make us feel better about our countries and ourselves.

Look back at various experiences around the world: a barn dance in 1800's USA, a tribal gathering with drums in Africa, a Gamelan or Gong ceremony in Asia, the didgeridoo and clapping sticks in Australia, and on and on. Music has been used for both ceremonial occasions (births, deaths, marriages, harvest time, etc.) and community gatherings used to foster a sense of unity among a group of people. Isn't that a type of sound healing/therapy?

We can look back throughout history and find examples of music being used to change our state, change our perception of life, alter our mood, and create a whole different atmosphere. What about the wind in the trees, or water running in a stream, or birds chirping in the trees? Aren't those sounds comforting, relaxing, soothing? This sounds like medicine to me.

Perhaps a better statement would be:

Sound has always been with us. Ever since the 1st cell/creature developed the ability to sense vibration, there has been sound.

One big change in the last few hundred years is sound as noise. The industrial revolution ushered in machines, and for better or worse, noise. Factories, trains, planes, cars, construction, deconstruction, and more. Even our music has become so loud as to induce headaches and ear discomfort.

Sound as noise.
Sound as annoying.
Sound as destroying.

Perhaps this is why we now have so many people interested in sound therapy/healing, meditation, and the pursuit of sound as healing vibrations. We even have anti-noise technology (imagine that, technology to cover up the noise of other technology). 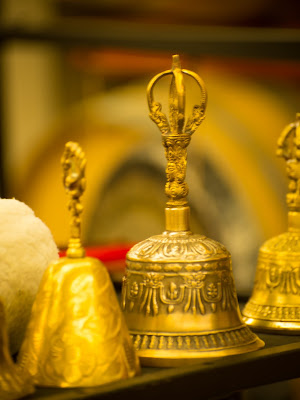 The Gongs/Bowls/Bells are ancient musical devices that have as much relevance to us today as ever.

Sound is medicine. Use it wisely.