A Question of Intent [Part 2]

2) Take a few minutes to read this article and watch the video on recent experiments in Quantum Physics here.

3) Please realize that this blog is my thoughts and ideas filtered through a mix of music, Buddhism, physics/science, various spiritual traditions and esoteric organizations.

4) It's important to understand that I reserve the right to change my mind and beliefs based on being presented with new evidence.

5) I believe above all, that the Universe is fluid, and everything we know is changeable and changing.

A Question of Intent

In my previous blog, we looked at how many people assign specific ideas to Gongs, Bowls, and Bells; especially connecting them to the Chakras. This is suspect at best. Even the whole ancient Chakra systems have been bent and folded to fit western ideas. For example, assigning a note from the western 12-note scale to each of the Chakras (Heart Chakra = F, Sacral Chakra = D, etc.) In addition, each Chakra is also assigned a color, element, metal, essential oil, and many other things (Ambika Wauters, The Book Of Chakras, Barron's 2002).

In the same way as there are Chakra Singing Bowls, there are also Chakra Gongs, Planet Gongs, Elemental Gongs, and other such designations. Rather than being a proven, scientific system behind most of this, it all comes down to basically being someone's opinion (as well as being a great sales pitch!). The problem is, as I wrote in the previous blog, when these ideas/opinions are taken by others as facts and then passed along.

But let's look at this whole thing from another perspective, intent. I want to refer you back to number 2 up above. In this famous experiment, and other similar ones, scientists have found that, at least at the quantum level, the results of an experiment can be influenced by the observer. Left alone, an experiment will produce one result. When the scientists are present, a different result happens.


The observer can change the outcome


A similar study was apparently done on group meditation and how it can affect a surrounding area. You can read that article here. Another article on Energy & Frequency is here. I am not necessarily advocating for either of these articles, but am using them to point out how the idea of energy and intent is being looked at by various sides. As always, read, investigate, and come to your own conclusions.

Now add to this the recent theories that our Universe may be a giant hologram, or a computer simulation in another reality, and the possible existence of parallel realities that may bump against and affect our own, and we have to take a deeper look at what life and reality is all about.


There's Nothing New Except What's Been Forgotten


Now these ideas are nothing new, as various religious doctrines have said much the same thing for thousands of years. The main tenant of Buddhism is that the world is illusionary, and that once we can see through that illusion, we can be released from the boundaries that hold us. The overall idea is one of all existence being energy at various vibratory levels. Change your vibration, change your state. 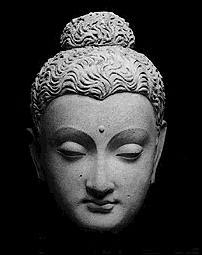 When science bends more and more to the view that all matter is merely a form of energy, a grouping and re-grouping of forces, as advocated by scientific materialism (or, as some would prefer to call it, energism), it is only admitting in different words the unsubstantiality of matter, which the Buddha declared more than two thousand years ago. [from Aspects of Reality as Taught by Theravada Buddhism by Dr. G. P. Malalasekera ]


Even Albert Einstein was a big proponent of the changeability of the Universe: 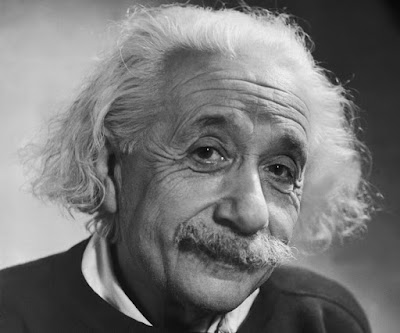 Quantum physics tells us that reality is far beyond human perception and intuition. In other words, our rational mind and common sense are just not capable of understanding the true nature of reality.

Einstein's theory of relativity introduced a new way of looking at the physical properties of the universe. The Newtonian constraints of absolute time and space were abandoned. Time and space were unified and made relative, it formed a continuum that curved and enfolded about itself. Gravity was a distortion of this continuum caused by the presence of mass. From this, the famous formula e=mc~ was derived. (e=energy, m=mass, c=the speed of light, the magical constant in the system, the absolute maximum speed that anything can travel.)

So Einstein's famous theory has one absolute (speed of light) in a relative universe, and it forms a kind of boundary around all we can know. Even though this theory has been borne out by many experiments, its consequences appear very bizarre. Objects shrink when they are in motion, space time curves, light is bent by gravity etc. [from Einstein's Search & the Illusion of reality]


The Idea of Intent

So this brings us to the Gongs, Bowls, and Bells. How does all of this affect what we do with sound? Intent may actually play a big part.

Can/do we as sound practitioners, create the reality we are working in, through our own intent?

How much does our intent affect both our own reality, and the reality experienced by the people we play for?

These are interesting questions with no solid answers

So, is there a real and solid answer to all of this? As we looked at in part 1, does the assigning of various qualities to the Gongs & Bowls have any real merit, or is it just superstition/opinion? Or, as we have just investigated here, is intent a valid thing that supersedes all other beliefs?

While I have no solid scientific answers, I do have my own beliefs (see number 5 above). I also believe that we all have a responsibility to stay open minded (see number 4 above), and to always investigate any claims or facts presented to us. Don't just read something on Facebook and take it as fact. Look for sources, research, and other things to back up and validate what you have found before passing it on as true. I know this takes time, because I do this a lot. I spend a great deal of time reading, researching, and correlating things I have found. In this blog, I try to provide sources/links to things so that you can investigate on your own and come to your own conclusion. As I stated in number 3 above, this blog is my ideas and opinions, you may have different ideas and opinions, and that is fine.

Addendum: Here is a recent study in the magazine, The Strad, pitting Stradivarius violins against modern violins, in a blindfolded test with world class soloists. Interestingly enough, the soloists preferred modern made violins!

We see this same effect over and over again. Wines taste better if you know they're expensive, but price predicts almost nothing in blind taste tests. Food tastes better if you're told it's "organic" or "local", whether it actually is or not. Our minds are funny things. Expectation has a major effect on enjoyment and perception.- Ramez Naam


This ties right in with the placebo effect and how our perceptions can be changed/controlled by our own thinking and perceptions/expectations. (added July 18, 2016)