How Should You Store Your Gongs?

November 16, 2016
Today's blog comes from FaceBook, where someone posted asking about how to store your Gongs. This is a great question that I haven't really seen covered before.

The prevailing thought that I have seen from people is to store them horizontally, laying them on their face, stacking multiple Gongs on top/inside each other. This is perfectly fine, as long as you protect the face of each Gong with carpet/blankets/etc. Many people will say not to store them vertically on their edge because they can become damaged. I have to say that this is incorrect.

I have around 200 Gongs and cymbals, and in over 40+ year of being a percussionist, I have always stored them vertically on their edge. In that time I have not had any instrument become damaged from being stored on the edge!


Gravity alone will not damage a Gong stored on its edge!


The only way you will damage a Gong stored on its edge is if you purposely push down on it against the floor, drop it, store something heavy on top of it, or kick/knock them over. Otherwise, they will just sit there and be fine.

If you were to visit a factory or warehouse of one of the major Gong and cymbal companies, you will find that they all store their Gongs and cymbals on edge, in racks. I was at the Paiste warehouse in Los Angeles last summer and all their Gongs and cymbals were stacked in rows, on edge, one in front of the other, or side by side, The cymbals were in plastic bags, while the Gongs were in boxes ready to be shipped. [Yes, I know the Paiste website advises to store them flat , but they store them upright in their own storage, both in America and Germany]. 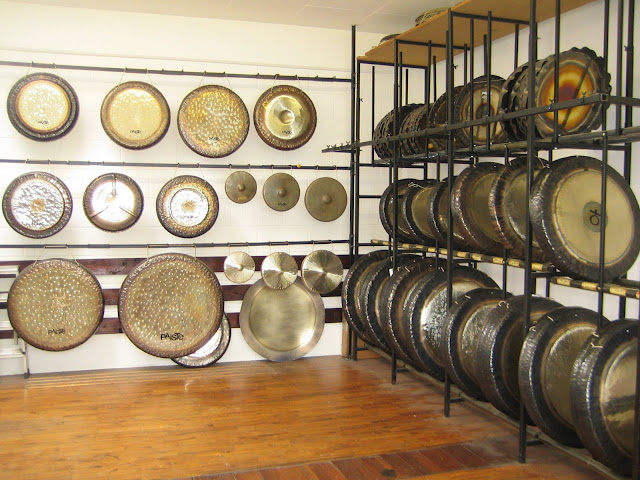 Gongs in racks at the Paiste factory 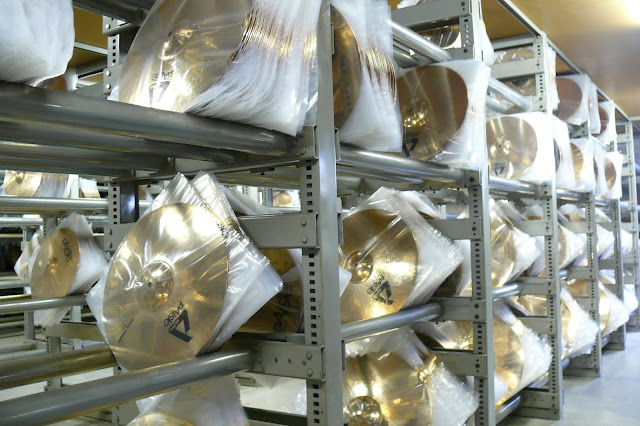 Cymbals in racks at Paiste factory 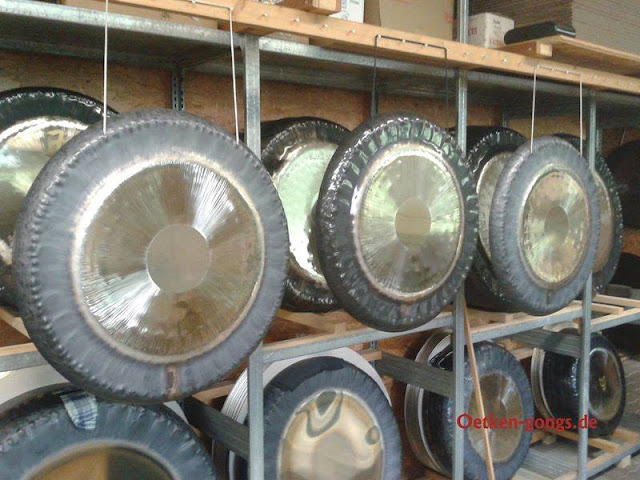 Oetken Gongs in racks at the factory 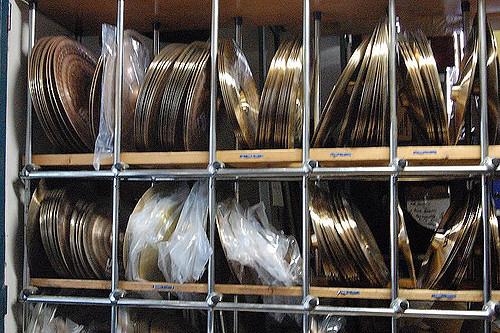 Cymbal racks at UFIP in Italy 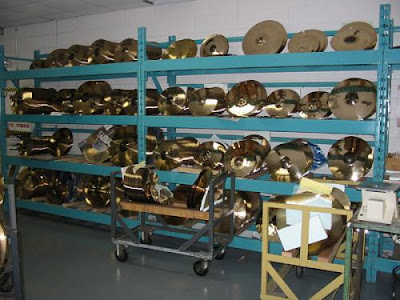 Cymbal racks at SABIAN in Canada 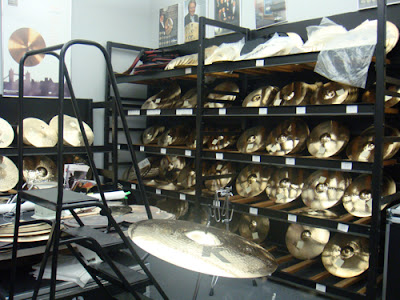 Cymbal racks at Zildjian in the USA

The important thing is not to store them on a very hard or rough surface, like concrete, that could damage the edge. Make sure there is a softer surface under them, like wood, rubber, or carpeting. Also make sure that they are secure and won't either fall over, or be kicked/knocked over. If you have bags or cases, store them in there. I store many of my extra Gongs, size 13" - 24" in 2 Paiste cymbal racks that I got from a music store I used to work in. The racks are metal, but have rubber edges where the Gongs/cymbals rest. 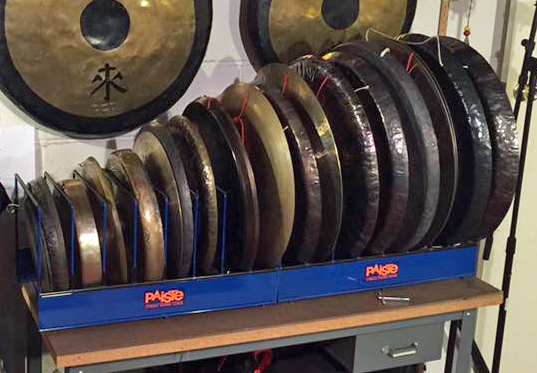 Paiste cymbal racks with Gongs in my studio

Larger Gongs, 26" and up, are either hanging on my racks or stored in cases. Smaller Gongs, 6" - 12", are usually leaning against the wall or a large case, with carpeting underneath them. Some extra Gongs hang on hooks around the edge of my studio as space permits. My large cymbals are all in bags leaning on the wall of one side of my studio, while smaller cymbals, 13" and under, are leaning against the wall in rows.

If you have the space and prefer, you can store them face down on a shelf, either in bags/cases, or on something soft like carpeting (I don't recommend them laying on the floor because they can be stepped on). Make sure to have something between stacked Gongs, like towels, foam, or something else that is soft. Or of you want to store them vertically like I have described above, please do. Either way will work.