The Art of Nothingness

February 09, 2017
Continuing from the last post, once you strip your music down to its essence, what next?

You keep stripping things away until you are left with nothing. Nothing but your own essence, your heart, your soul.


“There is no such thing as an empty space or an empty time. There is always something to see, something to hear. In fact, try as we may to make a silence, we cannot.” ― John Cage, Silence: Lectures and Writings


But as Cage reminds us, there is no such thing as nothing. Even if I strip away all the music and sit silently, there is still my breathing, my heart beating, and in true Cagean fashion, the ambient sounds of the world around me. And in my case, there is always my tinnitus, ringing away in my head. So matter how hard I try, even in an isolation chamber, there is still that ringing.

But I have learned to embrace this almost silence. I have also learned to make peace with the sounds I cannot take away. It used to be when I was playing a meditation session, I would be thrown off by the sounds of loud trucks, trains, muffled sounds through the wall from next door, and other distractions. But once again, I took a cue from Cage:


“I love sounds. Just as they are. And I have no need for them to be anything more than what they are.”

So I have no need for sounds to be anything more than what they are, and so too for silence. Silence is whatever it is, whatever it allows itself to be. And as I said, in my case, it's never really there at all. But I can still embrace a lack of sound. 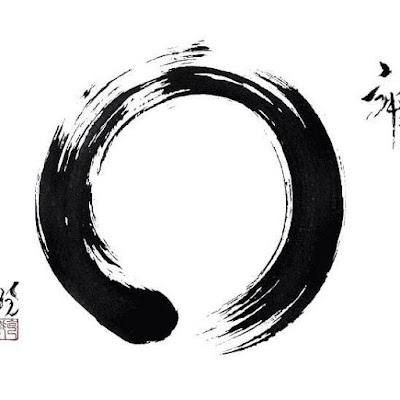 The Japanese symbol for nothingness (MU)

But without this silence, or at least near silence, there is no understanding of sound. So embracing the silence allows us to go deeper into the sound.

Practice this over time, and notice how you can move deeper into both the silence and the sound. You will find that the sounds you make become richer, fuller, and have more meaning.

Within silence you have all the sound you need…