It's Time To Meet Your Maker

December 13, 2017
Gongs. They've been around for thousands of years and are essentially unchanged. The Chinese Chau and Feng/Wind Gongs are sort of the archetypal shapes and sounds that many other Gongs are fashioned after. The modern day Paiste & Meinl Gongs are basically Chau style gongs made from flat discs of nickel-silver, rather than cast bell bronze. Even most large companies selling Gongs, like Zildjian and Sabian, are selling rebranded Chinese Gongs. UFIP, in Italy, is one of the few larger companies making different types/shapes of Gongs. Their Targo Gongs are fundamentally solid bells cast into a lens shape. Their Art Gongs are sheet bronze/brass hammered into a flat Gong with a U-shaped collar, with or without a center boss.

But what if you want something different or unique. Where do you go to find sounds that move beyond the ordinary? This is where the many single man gong makers come into play. They are creative individuals looking to create unique sounding instruments.

The Birth of DIY Gongs

While not the first person to make homemade gongs, as many percussionists have taken hammer to metal in the past, Welshman Steve Hubback was the first person to really be noticed for his creations. As a percussionist, he started out hammering some small gongs for himself, because he couldn't afford the more expensive commercial ones. Eventually drummers heard his gongs and cymbals and asked him to make something for them too. Over the past 20+ years, he has continued to experiment and become one of the preeminent custom cymbal & gong makers in the world. Over the years, he has learned the art of blacksmithing, and has developed a range of sounds and shapes not seen before in the musical world. Artists like renowned classical percussionist Dame Evelyn Glennie, and rock drummer Carl Palmer of Asia & ELP, both play his instruments. There is a growing number of creative artists who use his instruments. 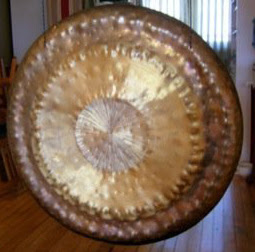 I first became aware of Steve in the late 1980s when I was writing for the British music magazine, AVANT. Fellow percussionist, and AVANT publisher, Trevor Taylor, sent me a box of CDs, including some by Steve. I was fascinated not only by his playing, but his sounds!  I eventually contacted him because I needed to add some of his creations to my set up. I was interested in a small set of tuned gongs, but they were already promised to someone else. Then I spied a beautiful brass gong on his website. It was the 1st gong forged in Iceland, where he was living at the time. I had to have it. While only 18" in diameter, it has a much deeper, darker sound than you expect, and is pitched lower than many 20-22" gongs. I have 3 of Steve's creations in my collection. 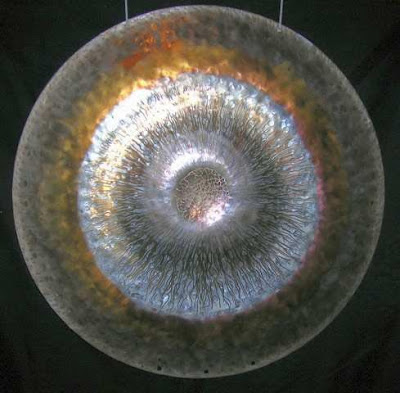 On the heels of Hubback, we have Michael Paiste in Switzerland, son of the late Robert Paiste of the Paiste cymbal company fame. Michael was in sound development at Paiste and is responsible for some of their more innovative cymbals in the 1990's. He left the family company some 20 years ago to work on his own ideas and designs. Like Hubback, he has come up with some very unique creations and his instruments are highly sought after.
I had seen various photos of his gongs and knew of his work, so I tried contacting him for a few years. He had been working out of a drum shop in Switzerland and I took a chance to send him a letter and some CDs I recorded. I had forgotten all about it, when one day in 2003 I received a phone call from Michael! He had gotten my letters and listened to my CDs, and enthusiastically said, “I have some gongs for you!” He then put on one of my CDs and started playing some of his gongs along to the music, all over the phone. They sounded perfect for the music I was creating, so we made a deal and he sent them to me. Michael makes gongs unlike anyone else, with his own shapes and designs. I currently have 4 of his Gongs: 2-Volcano, a Wasser/Water gong, and a very unique nickel-silver Wind gong. They are fantastic instruments.

Not to long afterwards, Matt Nolan, of Bath, England started creating his own, personal style of metal instruments. Besides cymbals and Gongs, he has done a lot of work with triangles, bell plates, and chimes for symphonic percussionists and orchestras. He even collaborated with Icelandic singer, Björk, on the Gameleste for her Biophillia album. Again, he has his own ideas about shapes and sounds. 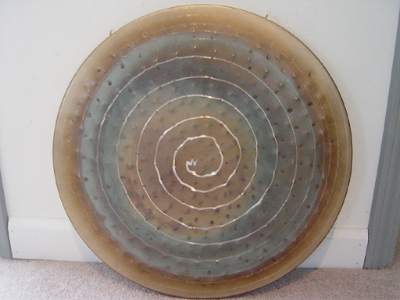 In the USA, Ryan Shelledy, from Kansas City, Missouri, has honed his craft, even melting and pouring his own bronze to cast bell plates and other small instruments. He has been gaining a following from percussionists around the globe. 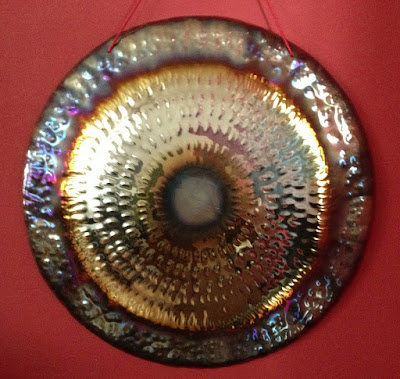 In Arkansas, Zeke Dauner works under the name of Custom Tone, producing gongs made out of stainless steel. He has gongs in both heavy and light weights. The heavy ones have more of a bell/steel drum sound, while the thin ones have a quick, bright crash. 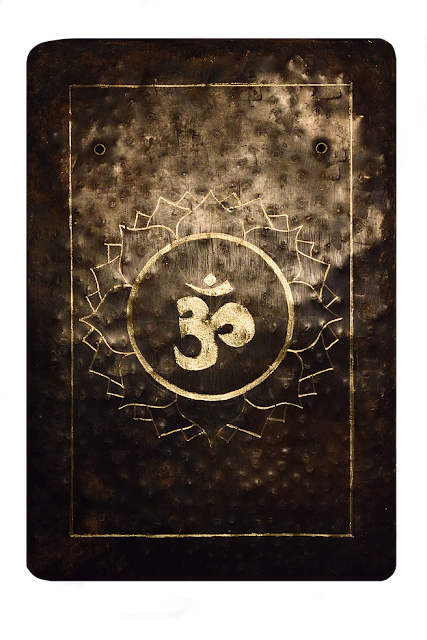 Down in Argentina, David Blau has quickly emerged as a Gongmaker to reckon with. He's making a wide array of gongs, as well as bell plates and other small metal percussion.

In Moscow, Russia, there's Nikolay Lgovsky and Lgovsky Percussion. While he doesn't make Gongs, he does make a wide variety of metal percussion, including beautiful tuned Bilos/Bell Plates, as well as crotales, chimes, metal tongue drums, and other instruments. But it's his tuned Bilos that are really stunning. In a country known for its long history of church bells, the Bilos has a similar, rich history and tradition.

These are just a few of the independent Gong and Cymbalsmiths working today. New people are emerging, each with their own ideas on new shapes and new sounds. One benefit of buying something from these makers is that you can often collaborate, working with them to create sounds unique to you. If you are looking to add some different sounds to your collection, check out the people above. I'm sure you won't be disappointed.