The Gong as Mandala 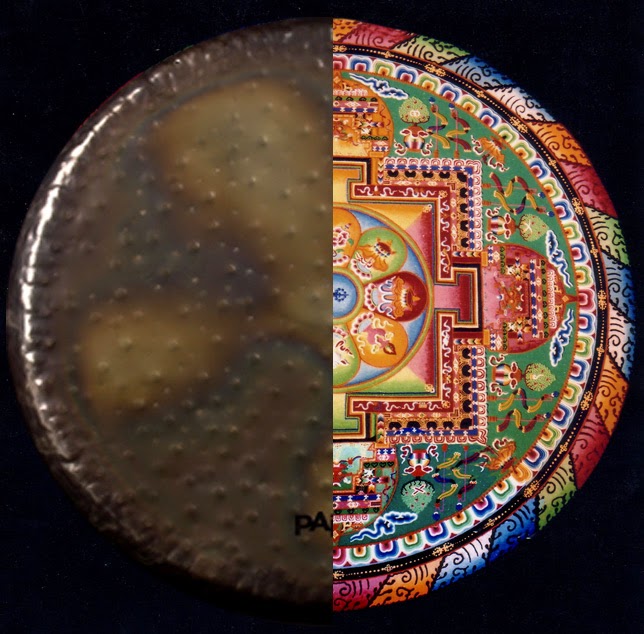 In Tantric Hinduism and Buddhism, a diagram representing the universe, used in sacred rites and as an instrument of meditation. The mandala serves as a collection point for universal forces. By mentally “entering” the mandala and moving toward its centre, one is guided through the cosmic processes of disintegration and reintegration.


The word mandala itself is derived from the root manda, which means essence, to which the suffix la, meaning container, has been added. Thus, one obvious connotation of mandala is that it is a container of essence.


The above 2 definitions can also be applied to the Gong. What is the Gong but a container of essence? It is a container of energy, of primal life force. Those of you who work with Gongs know this. You also know that by entering it, you become a part of the whole of creation.

Everything is contained in the Gong. ~ Singal Rinpoche

Even the shape and the colorings/patterns of the Gong are mandala-like. Who hasn't spent time just looking at a Gong and meditating on it? And like the Buddhist mandala, the Gong invites us in, invites us in to experience the vastness of the Universe.