A Practical Application Of Doing The Work

March 09, 2015
I've been writing a lot lately about doing the work, getting to know your instruments and their sounds, and being aware of the sounds around you. I'd like to relate an experience that shows how all this works out in a real performance situation.

Here in Milwaukee, we have a once a month music series called, Unrehearsed. The curators of the series pick out people, and put them into 3 different groups—that are announced ahead of time— for each session. The groups are often made up of people who have never played together before, and each group plays one set of completely improvised music.

So last night, I played a duo set with vibes player, Tim Dries. I had played with Tim once before in an ad hoc percussion quartet a little over a year ago, so I had some knowledge of his playing. For me, things started a week before when I started thinking about what sounds would go well with the vibes—this is something I always do. I like to choose my sounds for specific gigs, instead of just showing up with the same stuff all the time. I was listed as playing “Gongs/hand percussion.”  And in previous sessions I had played at, I would usually bring 4 or 5 large Gongs, maybe 6-10 smaller ones, some hand drums, and possibly some small percussion.

With the vibes, I really wanted some different sound colors, and I also didn't want to bring the same old things as in the past. I wanted to show a different side of what I do. I ended up bringing only 2 Gongs: my 32" Symphonic, because it's my main Gong and capable of a million different sounds; and my 26" Prototype Sky Gong, because it's very sensitive and has great harmonics that would go well with the vibes.

I also brought my 10x32" Slingerland silver sparkle bass drum that I set up horizontally as a sound table. To put on the bass drum, I brought along 5-Paiste Sound Discs, 12 Paiste Prototype Cup Chimes, 2-Antique Crotales (E & Bb), a small Rin Gong, 2-Tibetan Drilbu Bells, and a 6" Paiste Bell Chime. I also had 5-Kaizee/Burma Bells  from 4-9" hanging on the Gong rack. I really thought these small, bright metallic sounds would go great with the vibes. I also brought along a cello bow for the 32" Gong, and a whole bag full of different mallets and sticks.

When we were playing, I was listening to the things that Tim was doing and creating sounds that matched. Now mind you, none of my instruments are tuned to a specific note, but they all have a specific pitch that is close to some note, and they have a lot of harmonics. Everything I did was both intuitive and instantaneous. While I had picked out my sounds ahead of time to fit the music, in real time I was going with the sounds in my head—the sounds I knew from all the work I have put into these particular instruments. So it was never a guessing game, but it wasn't preconceived either.

Our set went well from my perspective, and the audience seemed to really get into the music we created together. Now when you play an improvisational set of music like this, it's very stream of consciousness and you are focused on the moment. So when it's over, I don't always know what had occurred, because I'm still processing it all. 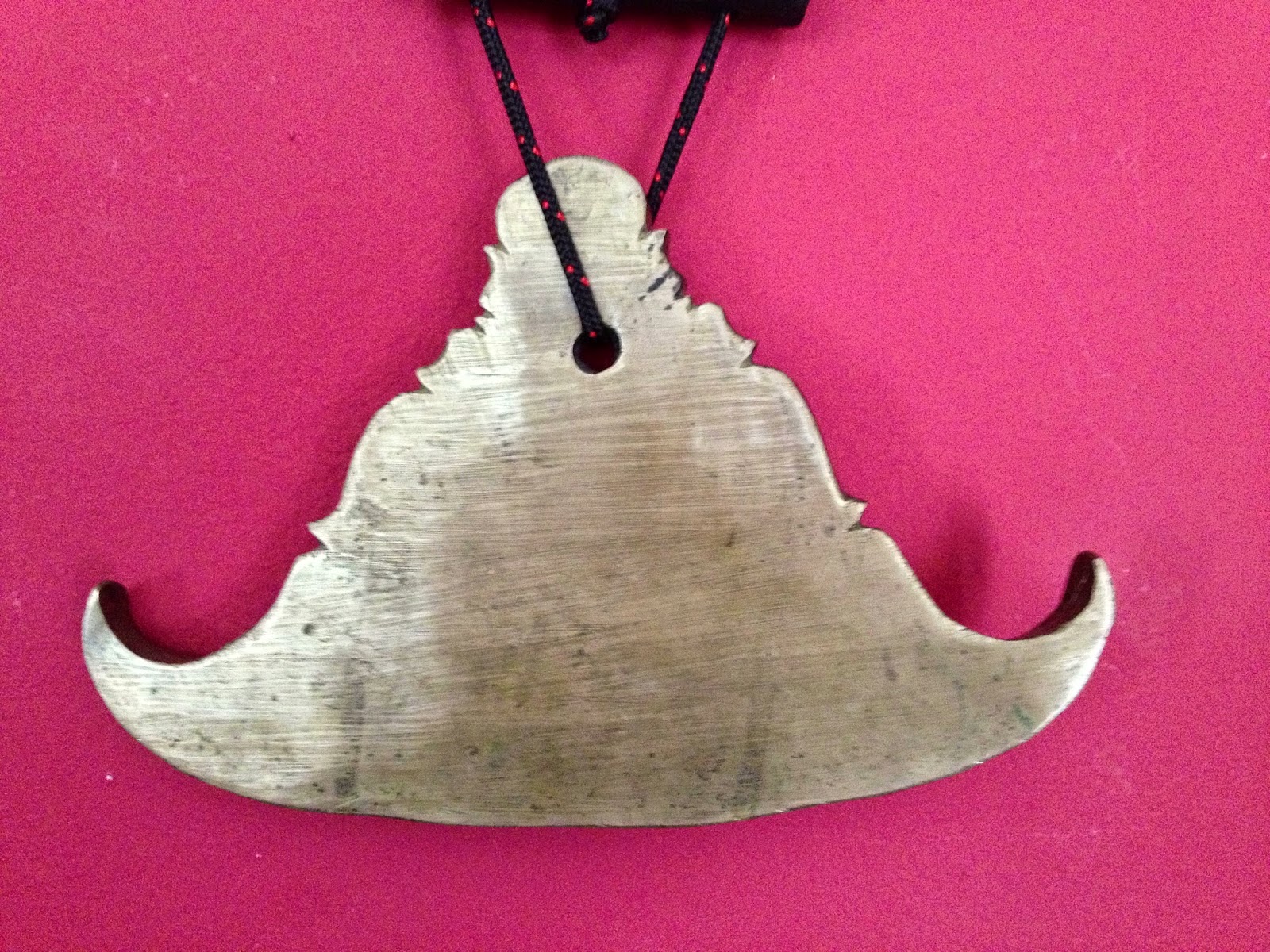 One of my Kaizee/Burma Bells

Now this is important to remember, because after the set, Barry Clark, one of the curators, asked me, “Do you have perfect pitch?” Now this caught me off guard and I was like, “What?” So he started talking about some of the things I had done in relationship to what the vibes were playing, specifically one part where Tim was playing a chord progression and I started playing the Burma Bells, which fit perfectly with his part. It took me a minute to process this, but then I recalled the moment. Tim was playing and I instinctively played Burma Bell #2, and I remember thinking, “That sounded great.” Then I played Burma Bell #4, and it fit right in also. And so on, as I played the Bells for a while, matching what Tim was doing. And there were other parts in our set where I was trying to match the pitch/melody of what Tim was doing.

I must admit to being surprised by all this, because I just played instinctively. Whether I have perfect pitch or not, is not as important as the fact that I know all the sounds/pitches of my instruments, which again, don't have specific notes. So, as instinctive as this all is, it's never just guess work, or luck.

And this all comes from:

There are no shortcuts!

If you are serious about the music you want to make, whether it's for meditation/sound therapy, or for studio/concert performance, you have to put in your time beforehand.

Thanks for reading this long post. Now turn off your computer and go work on your music!