The Essential Essence of Rhythm & Melody

August 30, 2016
I was recently out in California where I had the chance to play with a fantastic sax/woodwind player. He also happens to be a Gong & Singing Bowl collector, so I was able to use his instruments, instead of having to bring anything out there with me (except a bag of mallets). Being in a situation like this really tests you. On one hand, I wasn't able to go to my usual sounds and ideas. But on the other hand, I was free to come up with new sounds and ideas. It was also the first time we had played together, so I was starting from a blank canvas in many ways.

Now in retrospect, I can look at what I really brought with me, which was years of practicing and performing in many situations, as well as years of searching and experimenting with sounds. The launching point for everything I do musically, is that I was trained as a percussionist. I can't help that because percussion is me, is in my blood, is in my soul. I say this because I realize that a lot of people who play Gongs/Bowls/Bells, come from a non-percussion background, or even a non-music background. So in all of my blog posts here, you need to understand that I write everything from a percussionist's point of view, tempered with my interests in Buddhism, spirituality, and physics. So let's take a look at what I learned about what and how I do things from the above experience.

The Heartbeat of Rhythm

Rhythm, its essence, is always on my mind. Whether consciously or more subliminally, it guides what do. While to the listener, it may seem as if there is no rhythm—because the actual pulse is measured in minutes, rather than the usual rapid fire series of staccato notes—trust me that there is a measured pulse being played. When I play, I'm always counting, or at least sensing the time between each notes played. I play a note, listen to it, listen to it fade away, and sense the space until I play the next note.  This is time running more aligned with nature instead of clock time.

While I often play long, slow pulses of rhythm that seem to evaporate into the air around us, I also play faster, more familiar pulses that move with a sense of urgency. These streams of notes are punctuated with accents and shadings to both the pitch and texture of the sound. I think of them as living strings of notes because they are anything but static. They may be in a measured meter (4/4, ¾, etc), or they may be in a series of changing meters/pulses (7 to 5 to 11, etc), or, it may be a stream of notes with no specific meter, but divided up into pulses that continually shift. No matter how it is, I'm always thinking and feeling time/pulse/meter.

Rhythm is a Whole World of Its Own.

This compares a lot to modern painting. For example, the late Jackson Pollock (not to put myself in the same league as Pollock). Many people look at his paintings saying, “My 5 year old could do that,” because to them, his paintings look like he randomly tossed paint on a canvas. Sure, a 5 year old could throw paint on a canvas, but it wouldn't result in what Pollock did. He worked for years to develop his art, to perfect his techniques. And the untrained eye may not notice the subtlety of what he did, but every motion he made was deliberate and backed up by years of study. 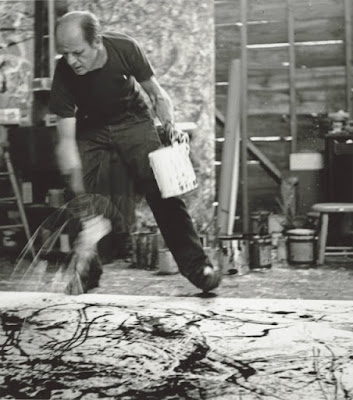 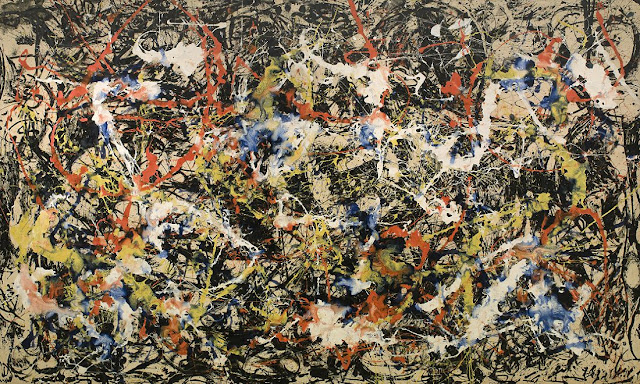 
The Call of Melody

The other aspect of what I do is always thinking in terms of melody. I'm thinking of pairs of notes, or a succession of notes that create little melodies. As with rhythm, I don't just randomly play notes/pitches. I'm always looking to come up with interesting little melodies, even if just a 2 or 3-note melody. To me, a Meditation Session is a musical performance. That's how I approach it. So I'm always thinking music, melody, and harmony. I've moved past the idea of just serving up a big wash of sound. In many ways, I'm actively working to evoke a response from people, triggering impulses and memories, helping them recall moments lost in the past. (This is the idea behind my Stories We Tell Ourselves project)

And when I'm working with other musicians, I'm thinking of how my sounds fit and blend with the sounds and rhythms that are being created around me. Making my music a part of the whole is important to me. I never want to play and have it seem like a percussion solo with band accompaniment.

So whether I'm leading the charge, or following someone else, I'm always thinking melodically and harmonically, to either blend my sounds into the proceedings, or to play something that will stand out in opposition to what is being played. For me, it's important to know the pitches/sounds of my instruments so I can react accordingly. In the session mentioned above, the challenge was to quickly learn & memorize what the basic sounds were of the instruments available, so that even then, I wasn't playing blindly.