MA - The Sound of Emptiness

February 23, 2018
I have written before about the importance of space in music, especially when playing the Gongs. I'm very fond of the Japanese idea of MA, or negative space. In music, this is the space between notes/melodies/phrases, which by outlining them with emptiness, gives them shape. For me, I find this in letting the sounds of my gongs/bowls/bells ring and decay into nothingness, then letting that nothingness extend outward until I play the next sound.

One problem I find in listening to many Gong players is that they fail to invite the space in. They fill up every available minute with sound, which to me, often fails to keep both my interest and attention. The space, or MA, creates contrast, and allows the mind to reset. It also asks the question, How do you know sound if you don't know un-sound? It's the same idea visually, in that, how do you know black is black without knowing white? 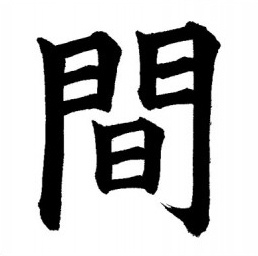 The Japanese kanji for MA

I came across this blog article which offers one of the best explanations of the concept of MA:


MU / MA–無 / 間: Perhaps the most ubiquitous and well-known concept in Japanese aesthetics is that known as Ma. Translated as nothingness or emptiness, Ma emphasizes the space, in time or dimension, which is prevalent in all Japanese art forms including theater, architecture, gardening, and—of course—music. It is the space between objects, the silence between sounds, and the stillness between movements. Much more than the absence of something, it is a palpable entity. In music, Ma typically manifests as the silence we “hear” between phrases. It is that nothingness that separates sound and removes it from a position of prominence. After the first phrase of a shakuhachi solo is played and the player takes a breath, that silence, or Ma, can create a tension that brings a small relief when the next phrase eventually begins. Or if that silence separates the sounds completely, and allows each phrase to be independent, then the silence becomes its own world upon which to meditate.

From, Elements of Japanese Music, by James Nyoroku Schlefer

Part of the beauty of this is, as John Cage said, silence is never really silence. As you let your sounds fade away, you may then hear a truck rumble by, or the floor creak, or someone's breathing. Or if you are like me, your tinnitus is ever present, ringing as an echo to the sounds you create.

Invite the Silence in