There are various factors that figure into an answer to this question. For the seller, often times emotion plays a big part in selling something. If it's been in the family for a long time, there is a very strong emotional value. “This item belonged to my mother/father/spouse/child/etc.” There is a bond with that item. While this is very real to the seller, it is a perceived value, based on their own emotional connection to the item. Now unless the buyer is family or a friend, they may not have, or see, any emotional value to the item.

Then there's actual value, which is based on the recent selling price of the same or similar items, or an expert appraisal of the value. This can be a good guide to how much to ask for an item.

The Perceived Emotional Value of the Puccini Gongs

You may have heard about this or recently seen it on the TV show, Strange Inheritance. If you know anything about opera, you will know that one of the most famous, and well loved operas is Turandot, by the famed Italian composer, Giacomo Puccini. The music of the opera, based in China, is a percussion festival, featuring various gongs, especially tuned gongs. 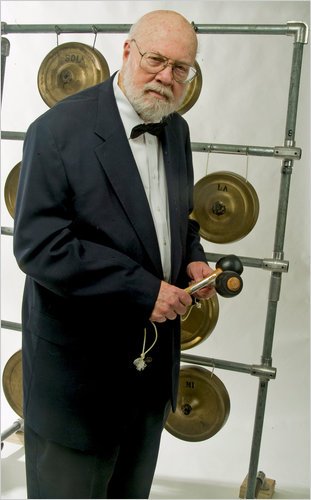 The story goes that Puccini couldn't find the right tuned gongs for his masterpiece, so he had a set specially made for him. He turned to one of the expert bell making families in Italy, who would later become part of the cymbal making consortium, UFIP. They made the gongs, Puccini was happy, and all was well—except that he died before finishing the opera and hearing the gongs in the full production. And somewhere along the way, the gongs were lost.

Long time New York City Opera percussionist, Howard Van Hyning, who died on November 8, 2010, at the age of 74, was never satisfied with the gongs he was using for Turandot. He started searching for the lost Puccini Gongs. It was suggested to him that he visit the Stivanello Costume Company in Manhattan, who provided costumes to the many opera companies. There, in a back room, he was shown a crate that held the 13 Puccini Gongs. He convinced the owner to rent them to him for the opera's production. Later, he convinced the owner to sell them to him. He paid $8,000. 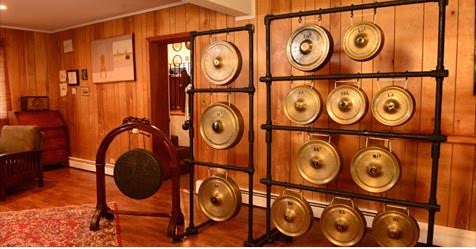 The 13 Puccini Gongs on the right.

Van Hyning used the gongs for years in various productions of Turandot. He also rented them out to other opera companies. After he died, his widow, Marlene Piturro, continued renting them until they were lost in shipping for 3 days, on a return from being rented out. She then stopped renting them for fear of them being lost permanently.

What Are These Gongs Worth?

So now Van Hyning's widow wants to sell them. Here's where all the previous stories above collide. She is asking for $2 million dollars. This is based on a number of things which carry extreme emotional baggage:

1) - Van Hyning's dying wish was for someone to write a new ending to Turandot, which featured the gongs and percussion. There have apparently been 10 or so different endings written over the nearly 100 years since Puccini died, but none of them featured the percussion as prominently as the rest of the opera did.

2) - Piturro wants to raise $2 million to have someone write a new percussion heavy finale in honor of her late husband.

3) - The Gongs themselves have great historical significance, owing to being commissioned by Puccini himself, and then subsequently used by various opera companies. Thus, these are sort of the official Turandot Gongs.

So we have the $2 million asking price. 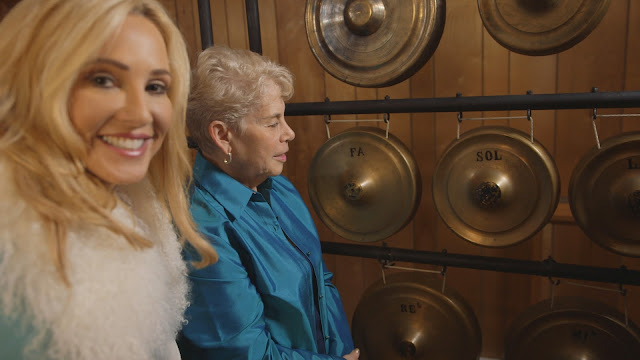 Marlene Piturro, on the right, with the Puccini Gongs

There is no doubt that there is historical value in these gongs. But what about their real world value? Of course after coming across this article, I posted it on Facebook, where various percussionists weighed in with their opinions. Two of them I would consider the most qualified experts, are Trey Wyatt (of the San Francisco Symphony and The Gong Shop) and famed Italian composer/percussionist, Andrea Centazzo.

Wyatt is very familiar with Turandot, as his company both sells, and rents out, specially selected sets of gongs for the opera. As Wyatt replied to my post:


“My dear friend in the Florence Opera showed me their Puccini gongs made in Pistoia. They were interesting but didn’t sound great. They later replaced them with Tuned Thai Gongs. I received a call from an insurance company in New York a few years ago as this person was trying to insure these exact same gongs for $100,000 and I told them it was way too much. While they may have historical value, I sell the 13 note Puccini gong set for $8000. She’d have to be one hell of a salesperson (con-artist) to get 2 million for them.”


Centazzo, back in the 1970s, worked extensively with the Italian cymbal makers, UFIP, designing a line of bronze percussion instruments designated  Ictus 75. He has personal experience with the exact same type of gongs:


“The original gongs for Turandot were made by UFIP for la Scala Theater in Milano under the supervision of the composer. And a couple ended [up] in my collection, later donated to the Tronci Foundation for the Percussion Museum.

Believe me, those gongs sound awful!! I had few in my hands and I never used [them]. They sound high pitched and with no overtones... quite dead metal...

They are so heavy that you cannot move it all together, and on the top, they sound in the G3-G4 range... I had mine lathed to get a decent sound... they lathed the inside, taking out some 10 pounds worth of bronze. And it was still awfully heavy. So I agree with you about the quality.” 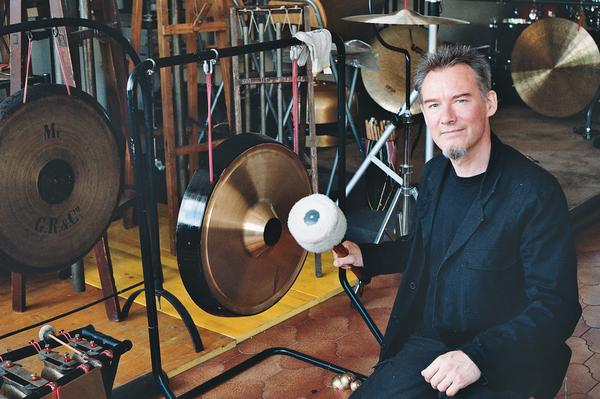 Here is a video of a 22", 24.5 lb version of the Puccini style gong (Genovese) that Gongs Unlimited was selling a while back. While you can get an idea of the sound, understand that the actual Puccini Gongs are around ½ the diameter, sound much higher, and sustain less.

I wish Marlene Piturro luck! But unless she finds some wealthy opera patron, who both loves Turandot and needs a tax break, she will most likely be stuck with these gongs until she dies. I'm sure she could find an opera company that would love to own them, but her $2 million asking price is way too much! The consensus on Facebook is that she may be able to get up to possibly $8,000 for them, which is what Van Hyning paid for them.

The problem is, these are gongs that are used in 1 opera. Yes, I'm sure some of the gongs could be used in other compositions. But these are gongs, not a rare Stradivarius violin or cello. And while there is the important historical connection to Puccini, they are still rather obscure and esoteric instruments. Also, there are modern tuned gongs available for much less that sound as good or better.

A better ending would be to sell them to an opera company that would both use them, and rent them out to other opera companies, keeping them and the music they make alive. Or, to donate them to the Percussive Arts Society museum in Indianapolis, where they could be displayed for all to see.

Only the future will decide their fate…