The Gong as Community and Family

April 07, 2014
If we go to South East Asia, we find that the Gong is still an integral part of the community. In much the same way as 20th century America found a sense of community in the home, with the piano and/or guitar, the SE Asian tribal traditions were centered around the Gong. In America, holiday times and special gatherings often found people gathered around someone playing both popular and traditional songs on a piano or guitar. People would listen, or sing along, evoking a sense of community, or tribe. 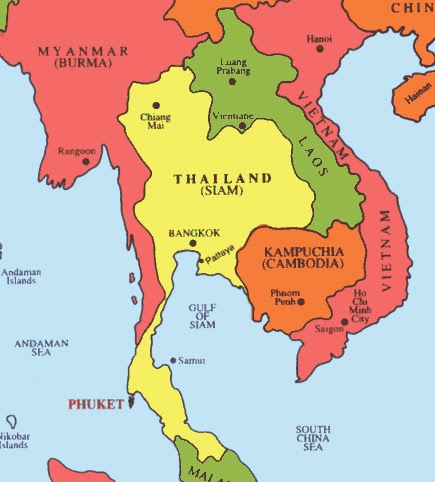 If we look across SE Asia, we see the Gong as an important part of tribal and social life.


The gong performances are always closely tied to community cultural rituals and ceremonies of the ethnic groups in [Vietnam's] Central Highlands. Many researchers have classified gongs as ceremonial musical instrument and the gong sounds as a means to communicate with deities and gods. (1)

Many families have Gongs and they are also an important status object. A wealthier person/family will have more and /or better Gongs. These Gong sets are passed down through the family and may even be used as a dowry.

However precious the materials, the gongs are a status cymbal, an outward sign of wealth and prestige, and rich families sometimes own several sets. This was even truer in bygone days, when some of these societies were less developed. Gongs in those days could be used as currency to purchase buffalo and elephants or to pay off debts. (2)

But the importance of these instruments is in celebrations within the community.

Therefore, gongs are associated to all rites in one’s life, such as the inauguration of new houses, funerals, buffalo sacrifice, crop praying rite, new harvest, ceremony to pray for people’s and cattle’s health, ceremony to see-off soldiers to the front, and the victory celebrations. (1)

Today, we see the Gong in America and Europe becoming a center for community. Gong Baths/Showers/Meditations have become popular communal events. People gather at Yoga, community, spiritual centers to not only celebrate the sound and vibrations of the instruments, but also as a social activity, often with people sharing food and socializing after the Gongs have been played. Many of these places are micro communities or tribes. Thus we see this age old Asian tradition becoming an important activity in the western world.


How have Gongs become a part of your life, your community?