Kundalini or the Gong: Which Came First?

The Gong as a healing and meditative instrument has become extremely popular over the past few years. In fact, there's been a literal explosion of people playing Gongs. It's clear that for many, Yogi Bhajan and Kundalini Yoga have been their introduction to the Gong. Many others have been introduced to it by Don Conreaux, who was a student of Yogi Bhajan at one time. This has lead to many interesting conversations on FaceBook and elsewhere as to the origins of the Gong Bath™/Gong Meditation/etc.

Yes, Yogi Bhajan did a lot to introduce the USA to the Gong as a meditative device, but he is not the only one, or the only path. I have played Gongs for over 40 years, and up until a few years ago, my only knowledge of Yogi Bhajan was as the smiling face on my box of tea. I had no knowledge of his use of the Gong. And even though I've followed the career and writings of Don Conreaux for for 20 or 30 years, I had no real direct knowledge of his Gong connection to Yogi Bhajan. From what I can recall, Don never mentions Yogi Bhajan in any of his writings, except perhaps in passing.

Now the reason that I bring all this up is because Kundalini Yoga, and the use of the Gong, has really become big. It's HUGE! And that's cool. I think any promotion of the Gong as a positive force is great. But I do see some people so caught up in this that they think it's the original and only way of the Gong, so to speak.


My own connection to the Gong comes from Europe. There's a wealth of European jazz musicians who also use Gongs in their music. I purchased a lot of their recordings and tried to find out as much information about them as I could. People like Pierre Favre, Andrea Centazzo, Fredy Studer, Gunter 'Baby' Sommer, Detlef Schönenberg, Pierre Moerlen, and others.

But there is also a great tradition of using Gongs for therapy in Europe. People like Michael Jüllich and Jens Zyger are pioneers in using Gongs and drums in sound therapy. And Jens collaborated with Swiss mathematician Hans Coustou, and Paiste, to create the Planet Gong Series. I took a lot of cues from them, as well as  Christopher Tree (an American, but he resided in Europe for many years). Then there is the pioneering 1989 book, The Healing Power of the Gong, by Johannes Heimrath. My copy is well worn from having traveled so many miles with me. Unfortunately, the book is long out of print, and copies of it are going for a tidy price. 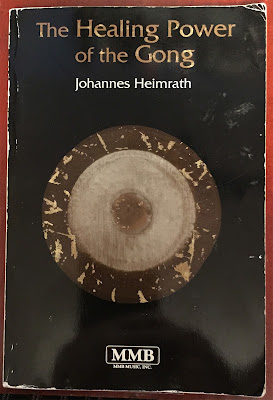 And then there's Frank Perry, who I've mentioned many times in this blog. My own journey has paralleled his in many ways. Much like Frank, I started out playing drums in rock and blues bands, then moved into more progressive and free form music, eventually giving up drum set altogether in favor of resonating metals and the exploration of unknown realms. I've devoured all of Frank's writings and recordings, seeing them as signposts along my own path. 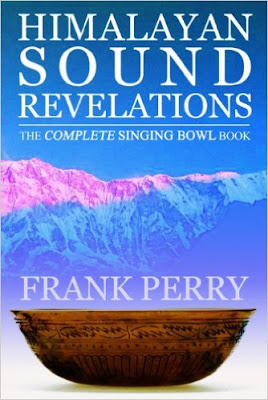 Connections of the Heart & Soul


I'm sure that your own story is unique and personal. I would encourage everyone to explore the many different sound artists out there who came from varied traditions (I've only mentioned 2, but there are many more), as they may have ideas that can add to your own practice.

There are many paths that lead to the same destination. ~ Singal Rinpoche