The Art of the Tea Way

Simple advice—boil water, prepare tea, drink it—but not always easy to do. The world has become such a fast paced place. Our modern existence owes much to being connected, being scheduled, and, being busy. Sometimes part of that is making things more complicated than they need be. We've become so used to things being busy, being complicated, that we forget how to let go and let things just be. 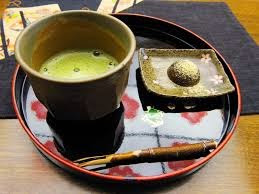 In his time, Rikyū took what what had become an elaborate and ostentatious tea ceremony, discarding everything he felt was not needed and detracted from the essence of drinking the tea itself.  This new tea style owed a lot to the simplicity of Zen thought, as well as the Japanese idea of wabi-sabi. The idea of wabi-sabi is to make things simple, natural, and serene. For Rikyū, this meant ridding the tea ceremony of all unneeded trappings, including the movements made in making the tea. This would allow the participants to focus on the essence of the tea itself.

Even the Gongs can become part of the everyday circus: do you have the latest Gong, the fanciest new mallet, a special carpet, candles, and on and on. It can be easy to get caught up in the distractions of life, playing, yet forgetting to take the time to listen ourselves. We can learn from Rikyū to leave the unnecessary behind.


Set up, play the Gong, and listen to it.

There is nothing more that is needed.