The Gong Has No Religion

First off: this is blog post number 101 of The Way of the Gong™! Little did I know some 2 ½ years ago, that I would even reach 100 blog posts, let alone still be writing this. Thanks for all your questions, comments, and most of all, for reading these past 100 posts. Here's to the next 100!


The Gong Has No Religion

While Gongs, Bowls, and Bells have been around for hundreds, even thousands of years, to label any of them as belonging to a religion/spirituality, or exclusively to any one tradition, is a dangerous claim. The instruments themselves are made of metals dug out of the earth, and forged into form by fire and hammering. They have no built in meaning or value, as they are merely objects. Any sort of meaning we find attached to them is assigned to them by man. 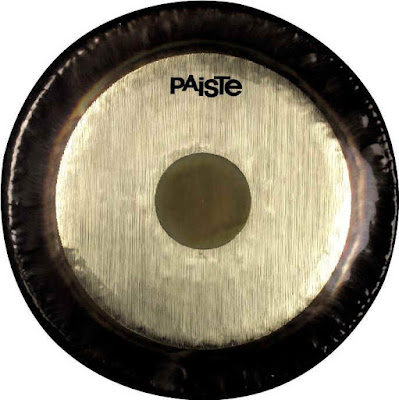 This is an inanimate metal object

For example, the Singing Bowl. It is often associated with Tibet, monks, monastaries, and secret rituals that are unknown to the Western world. While there is evidence of them being used in temples and ceremonies, for the most part, they are everyday objects that have been mystified by dealers/traders in order to sell them to the Western public. A good example of this is the notion that the best bowls are made of 10 metals, including meteorite! Who wouldn't want to buy a bowl like that?

While we see many Christian churches with large bells in their steeples, we also see similar bells in government buildings, fire stations, schools, and other places. The Bell as an exclusive church object does not exist. The same can be said for smaller Bells. While they are often used/heard in churches and temples, they are also heard in banks, offices, schools, and various other public places. Bells are used in music and dance, and in calling people to dinner. Bells are ubiquitous to human society.

The same can be said for the Gong. Even though Yogi Bhajan is credited with making the Gong popular in Yoga and meditation, it is neither an exclusively Sikh, or spiritual/religious instrument.  Yes, it works well with Kundalini Yoga and Meditation, but Gongs are also great with symphonic orchestras and hard rock bands.

While Gongs, Bowls, and Bells all work well within the framework of various spiritual practices, just remember that they not in themselves spiritual objects, rather, they are vehicles for expressing your spiritualism.