January 23, 2016
Here's a final look at my experience at MOFO. I started writing this in the airport in Hong Kong on my way back, but haven't had a chance to finish it until now.

I'm now in Hong Kong, on my 2nd of 2-8 hour layovers on my way back home (I just came from Sydney, where I enjoyed the airport hospitality for far too long). MOFO seems like a lifetime away, although it's only been a little over 3 days ago. I've been able to relax and process the experience, feeling good about everything.

As promised, I'll now take a look at some of the others artists that I managed to see in between my own performances. Like similar festivals, the sheer number of performances is overwhelming. Many are at the same time and spread out around the host venue, MONA, and even back in the city of Hobart proper. Fortunately, many artists played multiple times, so if I couldn't catch one performance, I was able to catch another. Let's look at some (I've tried to get links for everyone): 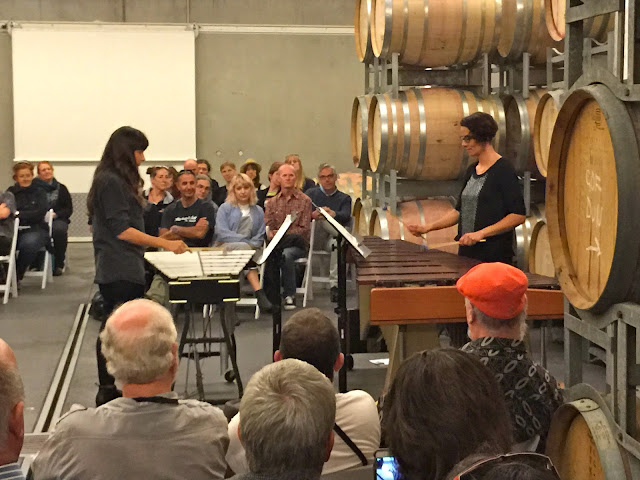 Ensemble Offspring (Bree & Claire) in the Barrel Room at MONA

Ensemble Offspring - Australia's premier new music group, featuring the duo of percussionists, Bree van Reyk and Claire Edwardes. I caught parts of various solo & duo performances. Claire played a very spirited Rebonds by Xenakis, that was enhanced by the acoustics of the Barrel Room. Bree delivered a lovely vibraphone composition of her own.  And together they did some crazy stuff while blind folded. Original and cutting edge percussion. Do check them out. 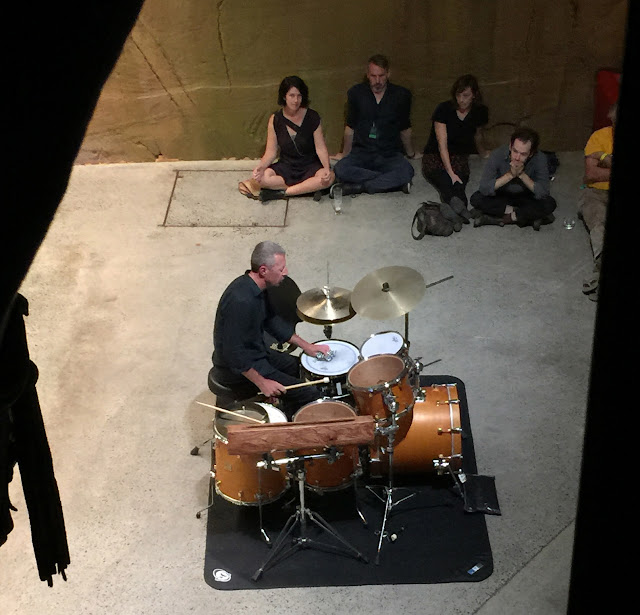 Simon Barker in the Void at MONA

Simon Barker - One of the most original drummers I've come across. He's fused jazz with both Polynesian and Korean rhythms. I caught him both solo and in a trio.  He's got it going on. Check out some of the many YouTube videos he has out there.

Will Guthrie - Another very original Australian drummer, who currently lives in France. 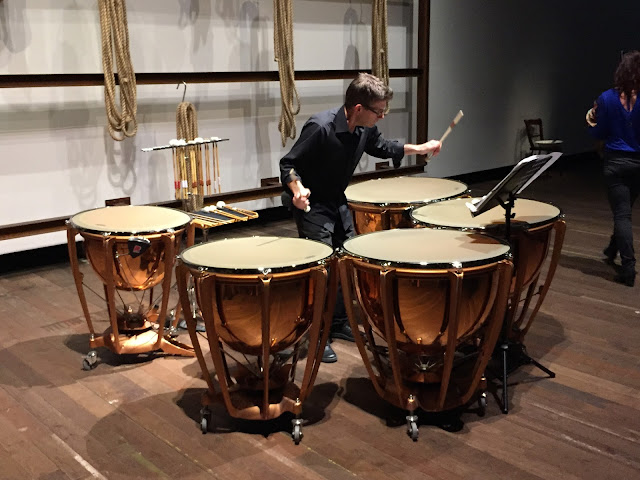 Matthew Goddard in the Nolan Gallery at MONA

Matthew Goddard - Principal timpanist for the Tasmanian Symphony Orchestra, he delivered a wonderful recital of solo timpani pieces. How often do you get to here a solo timpani recital? 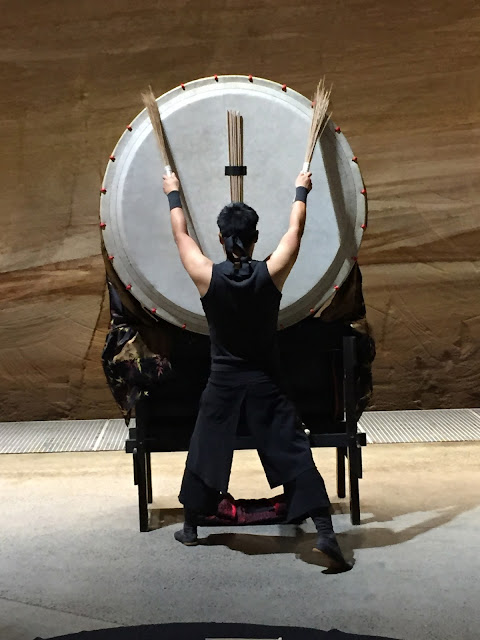 Yyan Ng playing the Odaiko in the Void at MONA


Yyan Ng is a very progressive minded Taiko drummer. He presented some very original sounds and ideas. It was a pleasure to play with him on Sunday. 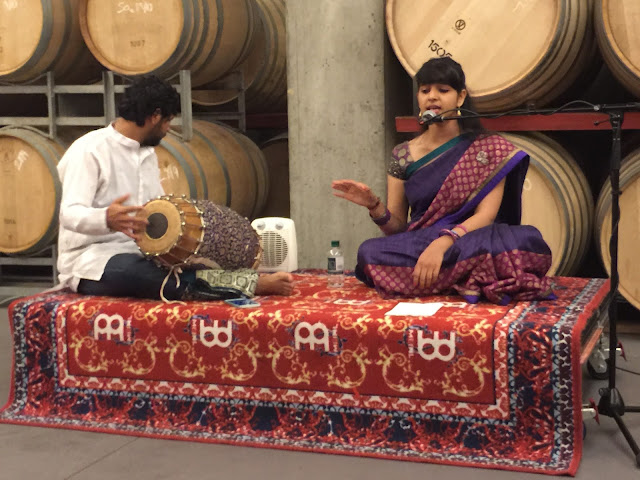 The Barrel Room excelled in it's musical offeringd. Santhana Vaidhyanathan & Sai Prashanthi presented a duo of traditional Indian music on mridingam and vocals. 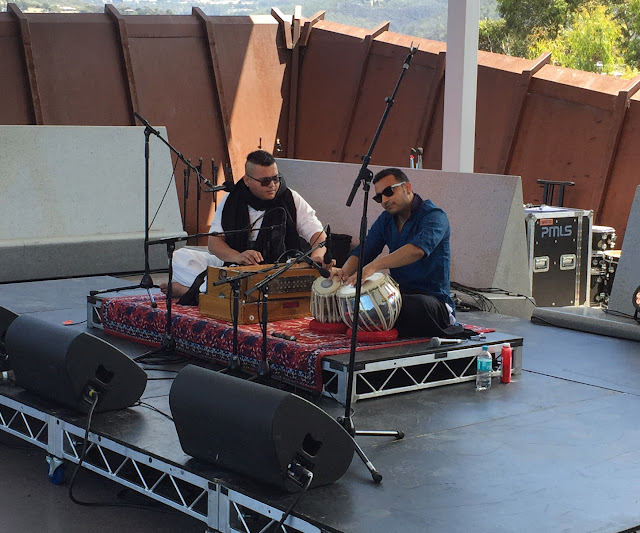 As you can see, lots of great percussion as the loosely based theme was the art of the solo percussionist. A fantastic time at a fantastic museum. I'll be editing the audio & video I recorded and hopefully getting some clips up this week.

I leave you with a great podcast from ABC Hobart featuring a nice overview of the festival with musical clip and interviews. I'm featured from approximately 25:00 to 31:00.

Thanks for following my reports.