The Zazen of Sound

There is something mysterious about silence. Silence represents the unknown, because it is empty, but any type of sound can appear out of it. Silence is also feared, because we now live in a world so filled with sound and noise, that we don't know what to do without it. Try to imagine what it was like to live 150 years ago, before the mass industrialization, and all the machines and electronics we have today. The world was much quieter and silence reigned.

Today, is there ever really silence in our lives? Think of our homes, there are always appliances humming, buzzing, beeping. And outside there is traffic, planes, trains, heavy machinery, even things miles away making loud enough noises to intrude on our lives.


There is no such thing as an empty space or an empty time. There is always something to see, something to hear. In fact, try as we may to make a silence, we cannot. ~ John Cage 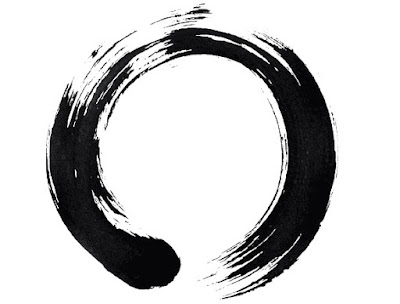 The primary practice of Zen Buddhism is Zazen. In this practice, one is seated in a cross-legged position. While sitting, the idea is to focus on the silence within, to release the outer world.


In playing the Gong/Singing Bowls/Bells, it is important to find the silence between each note, to look deeply into that silence, yet to also listen to what comes out of the silence. For as Cage wrote, “…try as we may to make a silence, we cannot.” While you are in the silence, listen for the ten thousand sounds that exist, both within us, and outside of us.