January 16, 2016
Here I am, day 2 of the festival. What started out to be a day where I could sit back and relax, watching many of the other artists, became an endurance test. Things once again started off in the barrel room. I still can't believe the sound in there. I'd love to come back and do a proper recording here someday. The session was great. I got a lot of nice comments and feedback from people. It's really gratifying to be able to reach people on such a deep level, but that's the affect the Gongs have. 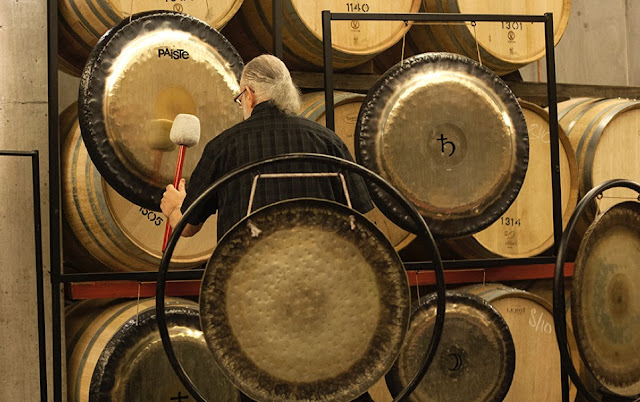 In the Barrel Room

After packing my gear to be moved to the next stage later in the day, I headed off to catch some of the other musicians. It wasn't long before I was found by Shelley, the executive producer. One of the artists had cancelled and she wanted to know if I'd be up for playing in an improv group on the main stage. Of course I replied, “Yes.” I then headed off to the Main stage to meet my gear and the other musicians.

I ended up playing in a version of the Australian Art Orchestra. The line up was festival curator Brian Ritchie, on shakuhachi, Peter Woods on trumpet, Sam Pankhurst on double bass, and myself on Gongs and percussion. We played music by John Coltrane, Albert & Donald Ayler, some of Brian's compositions, and a few others. What can I say? It was a pleasure to play with these world class musicians. Things really came together and you wouldn't know we had never done this before. 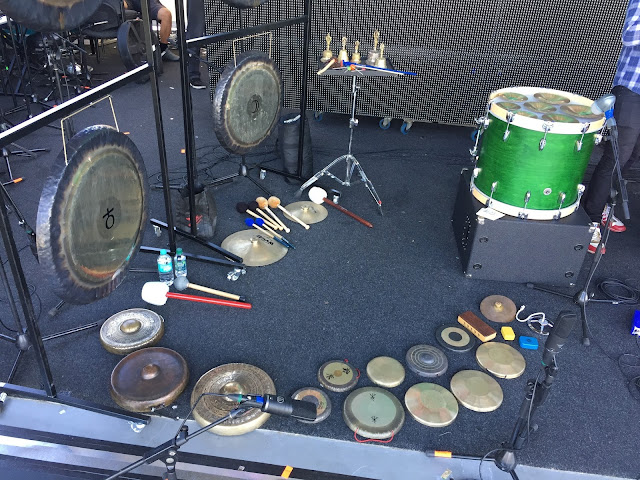 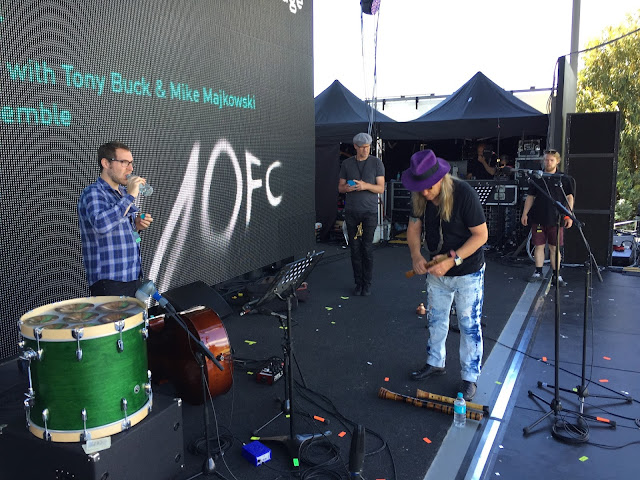 Sam, Peter, and Brian setting up

After packing things up once more, I headed out to finally catch some other artists before my next performance. It was great to see and hear some truly amazing a musicians. (More about all the artists I saw in another blog)

My third and final performance of the day was a solo percussion set in one of the museum's galleries. One thing I liked was all the space I had to work with, this allowed me to be able to walk out into the audience with various instruments. I like being able to do that. 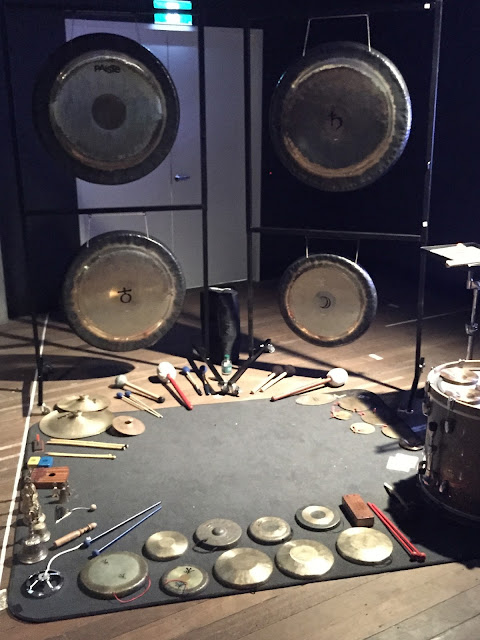 Once more into the fray…

It was interesting, as I was playing next to 2 video screens with audio that are an exhibit.So the light was constantly changing and when I played quietly the audio could be heard. But this was just a cool sort of John Cage moment. A challenge of playing a festival like this, housed in a very architecturally unique museum is that each performance space has very different acoustics. So it's really important to listen to how each space reacts to the music and play accordingly. 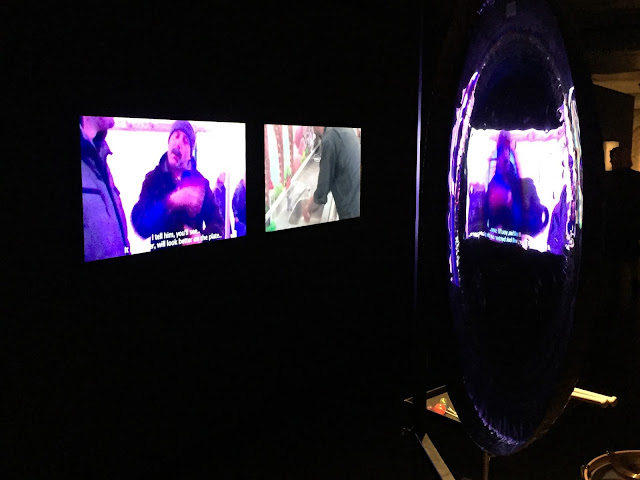 Gongs and art as one

As a side note, while hanging out in the green room, I met Taiko drummer, Yyan Ng. He asked me if I was interested in playing with him at his morning gig tomorrow (Sunday). After giving him a quick, “Yes,” we got ahold of the festival staff to see if it was possible. After some discussion to figure out the logistics, we got the go ahead. So tomorrow I now have 3 performances. Fortunately, they are all in the same gallery, so I can leave my gear set up there all day. 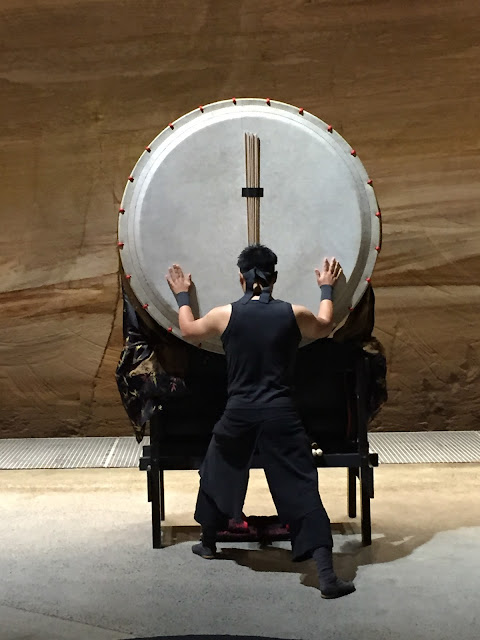